As you know, I always try to keep you posted on podcasts I've taken part in (or anything along those lines), so here's a very, very belated one.  On election day in May, I took part in the first of the monthly Two-Minute Manifesto shows at the Traverse Theatre in Edinburgh - I was originally told that it was going to be a podcast as well as a theatre event, but nothing ever appeared online, so I assumed there had been a change of plan.  But a website is now up and running, featuring the full show from June, plus clips from the two election day shows.  There's plenty of good stuff to listen to - including Juliet Swann of the Electoral Reform Society, who proposed that the House of Lords should be replaced by a Citizens' Chamber, with members selected at random from the general population.  You can find the website HERE.

And here are some photos from the day, courtesy of Facebook (ie. I've stolen them from Facebook). 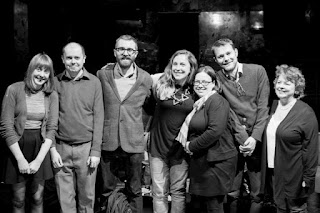 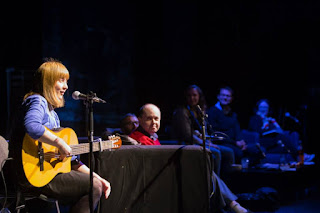 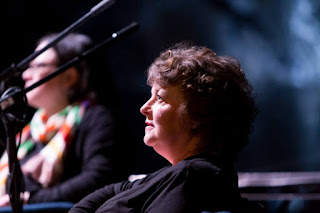 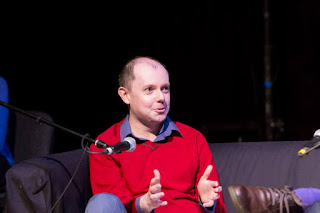 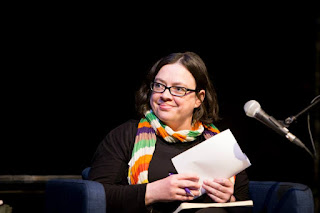 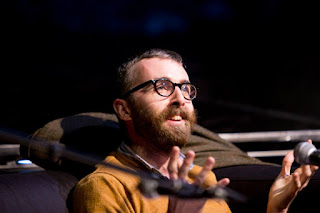 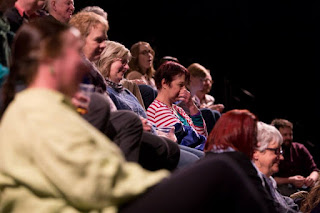 If you're interested in going to the July show, it's on at 7.30 on Tuesday evening at the Traverse Theatre, and features Susan Egelstaff, Ron Butlin, Libby Brooks, Andrew Tickell and Hailey Beavis.
Email ThisBlogThis!Share to TwitterShare to FacebookShare to Pinterest
Posted by James Kelly at 12:53 AM