A reader emailed me the other day to ask whether there had been any polling done in Shetland or Orkney to test whether there is support for the type of 'breakaway' mooted in the motion passed by Shetland Council.  As far as I'm aware, the answer is no - full-scale polls would be hard to reliably conduct because of the small population size, so the likelihood is that any polls on the subject would be unscientific self-selecting polls.  I must say that, anecdotally, my impression is that people from Shetland and Orkney do identify as Scottish - perhaps not as fiercely as those from elsewhere, but the ultimate Spectator fantasy of Shetland remaining in the UK if Scotland becomes an independent country seems to me to be a complete non-starter.
One of the ideas apparently floated by the council, though, is that Shetland should instead become a self-governing crown dependency along the lines of Jersey or Guernsey.  I'm sure whoever dreamt that up thought it was a brilliant unionist wheeze that would put the SNP on the spot (ie. "an independent Scotland isn't viable without Shetland's natural resources"), but actually we should be heartily encouraging it, because crown dependency status would by definition mean that Shetland has become the first part of Scotland to leave the United Kingdom.  If unionists are championing Shetland's right to make that decision, how can they deny the rest of Scotland the same opportunity?
*  *  *
Douglas Ross' craven decision to vote in favour of a bill that both destroys the Scottish devolution settlement and breaches international law was roughly as predictable as David Mundell's failure to resign every single time he threatened to.  But this episode does bring home that Ross' position is rather different from Alex Salmond's when leading the SNP from Westminster in 2004-7.  As a Tory MP, Ross is not his own boss - he's subject to the Tory whip, and in theory to disciplinary action if he breaches the whip.  If, for example, Tory MPs were to be told they would automatically lose the whip if they don't vote with the government, what discretion does Ross actually have?  Could he credibly remain Scottish Tory leader if he has the whip withdrawn, which under the rules would automatically bar him from standing for Westminster as a Tory candidate?  Doubtless none of this will ever be put to the test, because any rare show of resistance would be a carefully choreographed abstention - he'd probably be given special dispensation by the whips to miss the vote because he has to run the line at yet another all-important East Fife v Forfar match.
*  *  *
I can neither confirm nor deny rumours that the individual known in certain quarters as "the Random Totty From Freedom Square" drew the below picture of Jackson Carlaw and tucked it under the door of his office earlier today. 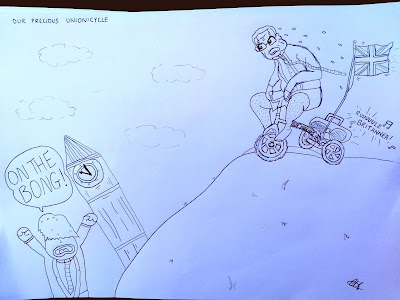 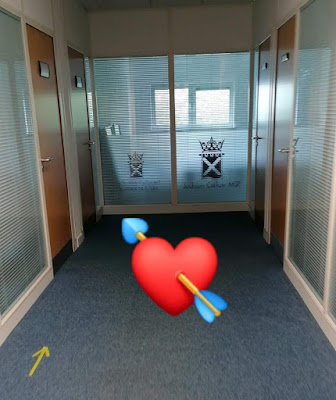 Email ThisBlogThis!Share to TwitterShare to FacebookShare to Pinterest
Posted by James Kelly at 6:41 PM 204 comments