Do the Corbynites have a Plan B?

YouGov have conducted the first poll of the Labour leadership contest, and given the good track record of similar polls in the past, it now looks pretty likely that the Corbyn project is about to come to an abrupt end unless something dramatic changes.

If the Corbynites were being rational, they'd thank their lucky stars that they've been given advance warning of Long-Bailey's impending defeat while there's still time to find a different champion.  But I'm not sure they're nimble enough for that.  They'll probably convince themselves that the poll is wrong or that they can somehow overcome the odds by signing up enough Corbynite registered supporters.  If so, they're in denial - Long-Bailey isn't going to inspire people, and certainly not after she came out in favour of the potential use of nuclear weapons.

Why was she the chosen one in the first place?  It may simply be that John McDonnell and those around him calculated that the Labour selectorate would be looking for a woman as their next leader, and that the best-placed female candidate would therefore stand an excellent chance.  But I don't think it really works like that.  Even in a progressive party, members vote on the basis of the candidates in front of them.  They don't vote for a gender.  In spite of the catastrophic mistake Lib Dem members made in electing Jo Swinson, I don't believe they chose her because she would be the party's first female leader - I think they (wrongly) reckoned that she had something.

What would a credible Plan B for the Corbynites look like?  I can only think of a couple of options -

1) John McDonnell replaces Long-Bailey as the standard bearer.  And they would have to be ruthless and make it a straight replacement, because the nominations system ensures there will be a maximum of one Corbynite candidate on the ballot paper.  It would be the equivalent of Alex Salmond jumping into the SNP leadership race at the last minute in 2004, after it became clear that his protégé Nicola Sturgeon was unlikely to defeat Roseanna Cunningham.  Although McDonnell has two obvious disadvantages (his age and his role in the 2019 defeat), he's very well known and has a big personality, and it's certainly possible to imagine him beating Starmer in a run-off.

2) The Corbynites swing behind Clive Lewis.  That may be an odd thing to suggest given that Lewis is well below Long-Bailey in the poll, but I would guess that's because the true believers are currently going with Long-Bailey as the leadership's favoured choice.  If Lewis became the leading left-wing candidate, he's charismatic enough to have a chance against Starmer.

But the likelihood is that the Corbynites will stubbornly stick with Long-Bailey, and will consequently go down to a needless defeat.
Email ThisBlogThis!Share to TwitterShare to FacebookShare to Pinterest
Posted by James Kelly at 1:10 AM 229 comments

See you in the decade of independence?

Well, I was all set to write a retrospective of how Scot Goes Pop has covered the seismic events of the last decade...but I've run out of time.  Maybe tomorrow, or the day after.  In the meantime have a photo, and see you in the Probably-Not-Very-Roaring Twenties (although with a bit of luck it might be the decade in which Scotland becomes an independent country). 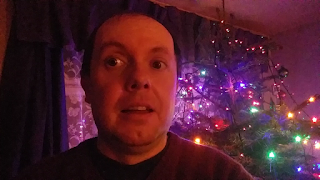 Email ThisBlogThis!Share to TwitterShare to FacebookShare to Pinterest
Posted by James Kelly at 8:08 PM 31 comments

I wish someone would explain to me what an "illegal referendum" is, because on the face of it this appears to be a monumentally silly straw man. Nobody, absolutely nobody, goes around saying "let's call an illegal referendum!"
— James Kelly (@JamesKelly) December 29, 2019

Further to my previous post, I've noticed that at least a couple of SNP MPs have come out in support of Pete Wishart's contentious article.  Now of course in one sense it's entirely understandable that they would wish to defend a colleague who has been receiving brickbats, and in fairness Mr Wishart's article isn't all bad by any means - it contains some points that almost any independence supporter would agree with.  But what troubles me deeply is any implied endorsement of Mr Wishart's characterisation of an independence referendum held without a Section 30 order as being "illegal".  That flatly contradicts what Nicola Sturgeon said repeatedly during the election campaign - she stressed that the question of whether a referendum was already within the Scottish Parliament's current powers had never been tested in court.  Presumably she was making that point for a very good reason, so it's puzzling and regrettable that SNP MPs would seek to undermine that careful messaging so soon after the election has come to a successful conclusion.

When Donald Dewar delivered devolution, he very wisely opted for a model that automatically assumes that anything not explicitly reserved to Westminster is a devolved power.  At the very least, there's a high degree of ambiguity over whether the power to hold a consultative independence referendum has been reserved, and in my naivety I'd be inclined to expect MPs who believe in Scottish autonomy and self-determination to take a maximalist interpretation of the parliament's powers, at least until a court rules otherwise.  Why on earth would we give moral support to the Westminster establishment by needlessly taking it as read that a hypothetical court ruling will go against us?  It makes no sense whatsoever, unless of course there is an underlying agenda here, such as a desire to use Westminster's obstructionism as a convenient excuse to kick an independence referendum into the long grass for a few more years.

Incidentally, even if the Supreme Court eventually decides that the Scottish Parliament would be exceeding its powers in holding an indyref without a Section 30, it would still be thoroughly inappropriate to use the word "illegal".  As David Halliday has pointed out, the UK and Spain are very different, and in this country the law reacts to an unofficial vote by ignoring it and treating it as of no effect.  It doesn't send in riot police or lock people up.  This isn't Nazi Germany or Stalin's Russia, and putting a ballot paper into a ballot box is no more an "illegal" act than holding a village fête is.


There's no easy route, and one easy route that certainly isn't open to us is using the Westminster Veto as an excuse for not holding a referendum at all, and just drifting for the next five years. If we do nothing, we get nothing.https://t.co/VzfQvf5jeU
— James Kelly (@JamesKelly) December 28, 2019