Sturgeon's road-map for the next referendum

Just a quick note to let you know that I have a new article at the International Business Times, which contains a bit more analysis of today's YouGov poll, and also discusses the increasing clarity from the SNP on the "material change of circumstances" that is necessary for a second independence referendum.  You can read it HERE.

Email ThisBlogThis!Share to TwitterShare to FacebookShare to Pinterest
Posted by James Kelly at 5:22 PM 35 comments

The most recent YouGov poll of Scottish Parliament voting intentions was tantalisingly conducted between the 7th and 10th of September, just before the result of the Labour leadership election was announced.  If only it had been delayed for a few days, we'd have had our first indication of whether Scottish Labour had enjoyed a Corbyn bounce.  As it was, we had to wait a long time for the TNS poll last week, which suggested that little had changed.  Today's new YouGov poll shows much the same picture, and crucially the fieldwork is bang up-to-date - it was conducted between last Friday and Tuesday of this week.  That means the results, unlike those from TNS, can be taken as evidence that the Michelle Thomson affair has made no impact either.

(Note : London is a very long way away, so clearly the existence of RISE has yet to be noticed at YouGov HQ!)

Although YouGov and TNS are in agreement on the trend, there is still an important divergence between them on just how strong the SNP's position is.  TNS have the SNP 5% higher on the constituency ballot, and a full 7% higher on the list.  If YouGov are to believed, the SNP's overall majority at Holyrood is at more risk, because it would only take a few points' worth of slippage and/or polling error to take Nicola Sturgeon into the danger zone.  It's also worth noting that both YouGov and TNS agree that the supposed Green renaissance isn't really happening, so any SNP supporters who are still tempted to "lend" their list vote to the Greens ought to be aware of two things : 1) they are doing so at a time when polling does not indicate that the SNP's majority is completely secure, and 2) they are giving their list vote to a party that may well fail to take any seats at all in some or most regions.

Devastatingly for Labour, it appears that 21% of their rump vote from May does not plan to remain loyal to the party next May.  Intriguingly, the lost support appears to be moving disproportionately towards the Tories - 11% of Labour voters say they will vote Tory next year, and only 4% say they will vote SNP.  This lends weight to the theory that if Labour are slipping further, Corbyn could be to blame - "moderate" unionist voters may be deserting Labour for a more natural home, and left-wing voters are failing to offset that effect by "coming home" from the SNP.  In absolute terms, the number of SNP voters that have switched to Labour since the general election looks almost identical to the number of Labour voters who have moved in the opposite direction.

Of course, we know from past experience that voters behave differently in Westminster and Holyrood elections, which might explain some of the direction of travel.  But it's very hard to think of any reason why a "Holyrood effect" would be responsible for voters moving from Labour to Tory.  That said, Jim Murphy appeared to be very popular among some Tory supporters, so it could simply be that some Tories who were prepared to vote tactically for Labour in May are returning to the fold now that Murphy is no longer Scottish Labour leader.  Even in the pre-Corbyn YouGov poll, there were signs that Labour deserters were breaking slightly more for the Tories.

So the Yes vote remains 3% higher than at the referendum, and as before, it appears the reason is that Yes have been slightly more successful in retaining their own voters, and have also been slightly more successful in attracting new support from the other side.  13% of No voters have drifted away from their previous position, and most of them haven't become Don't Knows, but are instead now in the Yes column.  There has been some movement in the opposite direction, though - 6% of Yes voters have moved directly to No, which explains why the net swing to Yes hasn't been considerably bigger.

The sharp divergence between 'real world' pollsters like Ipsos-Mori and volunteer panel pollsters like YouGov remains in place.  Given that there doesn't appear to have been any recent movement in public opinion, there's no reason to suppose that the next independence poll from TNS or Ipsos-Mori will show anything other than a clear Yes lead.
Email ThisBlogThis!Share to TwitterShare to FacebookShare to Pinterest
Posted by James Kelly at 11:02 AM 42 comments 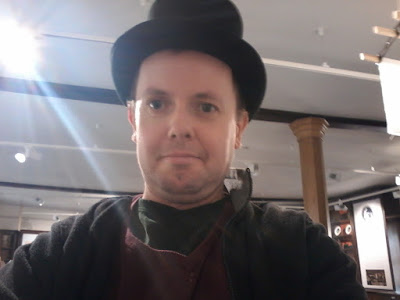 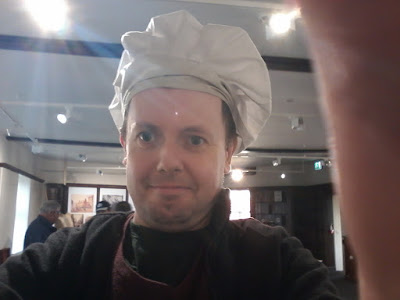 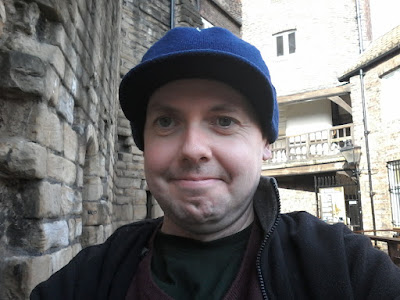 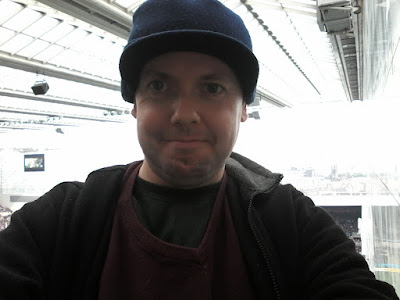 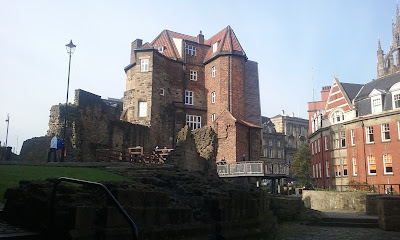 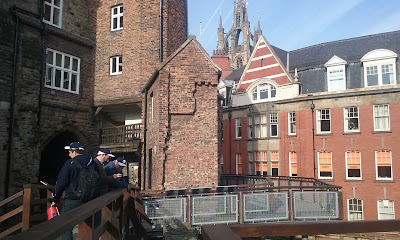 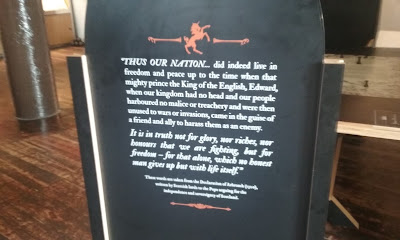 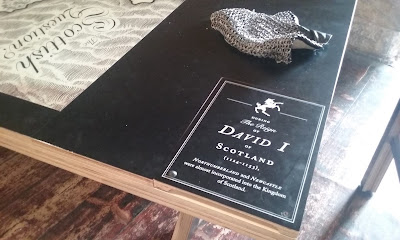 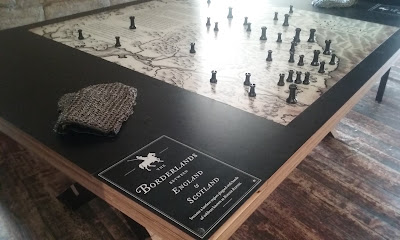 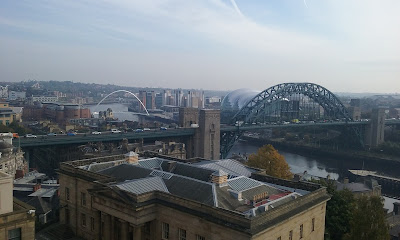 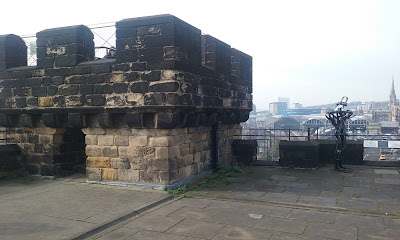 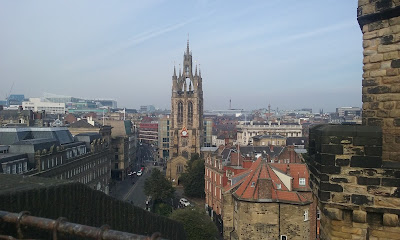 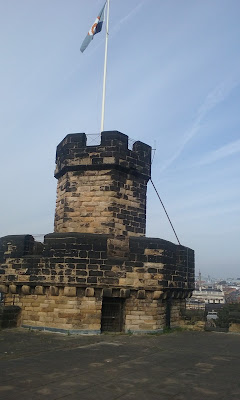 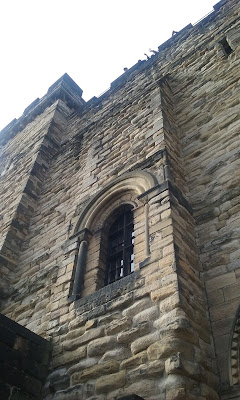 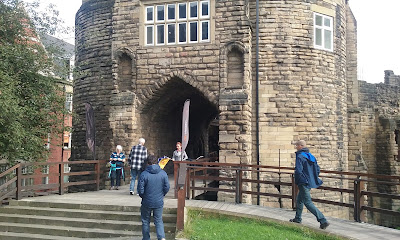 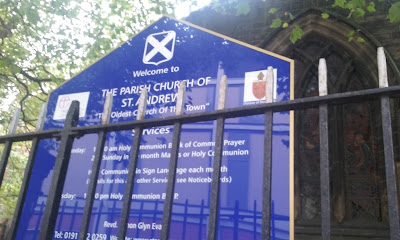 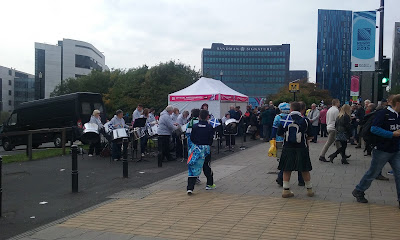 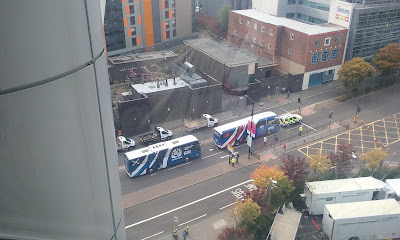 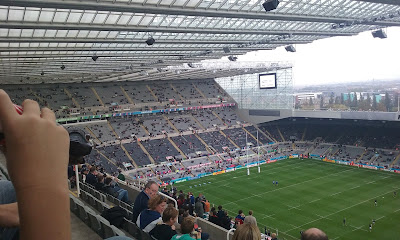 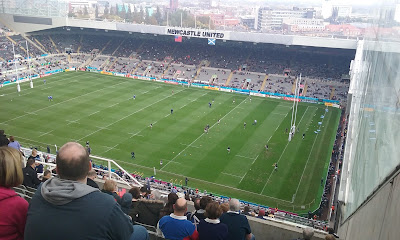 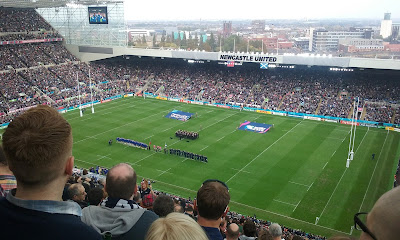 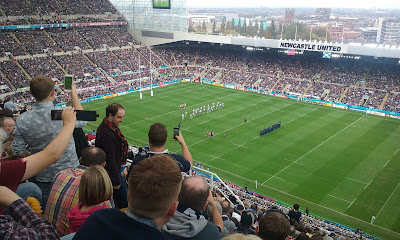 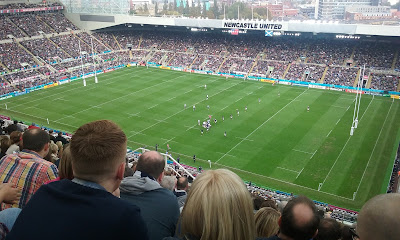 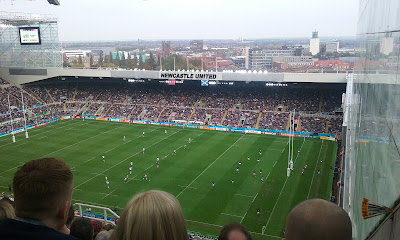 Sturgeon mustn't become a prisoner of the pollsters

I didn't see Nicola Sturgeon on the Marr show this morning, because I've been recovering from a truly epic journey to Newcastle and back to see Scotland's decisive pool match at the Rugby World Cup (more on that later).  But I gather she was more explicit than ever before that a substantial and sustained shift in public opinion could be a trigger for a second independence referendum.

I suppose in a sense this is to be welcomed, because for the first time it makes clear that the fabled "material change of circumstances" is an event that the Scottish people can have some control over themselves, and won't necessarily have to be something that the London government does or doesn't do.  But what troubles me is that the only measure we have of public opinion is polls.  That means apparent shifts in public opinion can be artificially generated by changes in polling methodology, but it also means that real shifts can be concealed by changes in methodology.  That's already happened to some extent - the real average increase in the Yes vote since last September is markedly higher than most polls have reported in their headline numbers.  The reason is that four of the six active pollsters have introduced weighting by recalled referendum vote, which in most cases hurts Yes.

We have, therefore, already seen a substantial and sustained shift in public opinion.  Perhaps it hasn't yet been substantial enough.  But the fact that we tend to underplay what has already been achieved should serve as a warning of the dangers of appointing the likes of Peter Kellner as our adjudicators.  It's not inconceivable, for example, that the next Yes surge could be hidden from view by a new incarnation of the notoriously convoluted (and secretive) 'Kellner Correction'.

Email ThisBlogThis!Share to TwitterShare to FacebookShare to Pinterest
Posted by James Kelly at 2:02 PM 44 comments