Photos on Friday : Cumbrae and sunshine

No long-distance shots of unelected Heads of State for you this week.  Instead I've got something far rarer - a visual record of bright sunshine right in the middle of "The Year Without Summer".  It may not have been the most exotic of locations (I've been to Cumbrae/Millport umpteen times before), but when I saw on the BBC forecast that approximately one square inch of Scotland was going to be enjoying good weather, I felt compelled to make a beeline for it.

In case you're wondering about the recent spate of photos, it's just the novelty of finally joining the 21st Century with a digital camera - I've been getting by with disposable cameras for years.  I wish I'd had it in May, though - I got about 98% of the way up Goatfell on Arran, before having to turn back to avoid missing the last ferry of the day (again), and the views were spectacular.  However, you can see Goatfell in the distance in some of these pictures - you can also, rather incongruously, see Hunterston nuclear power station. 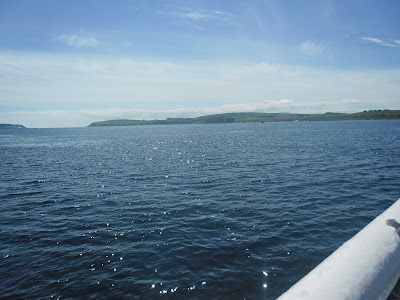 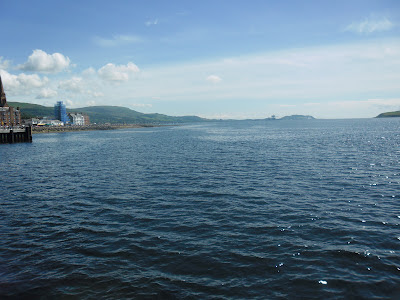 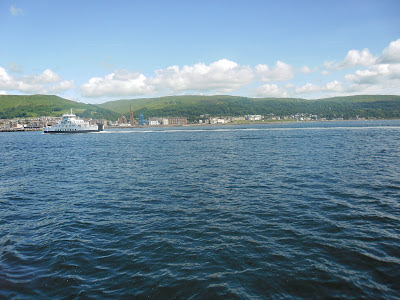 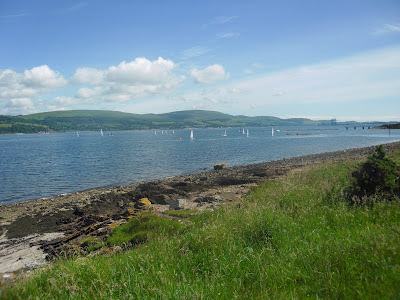 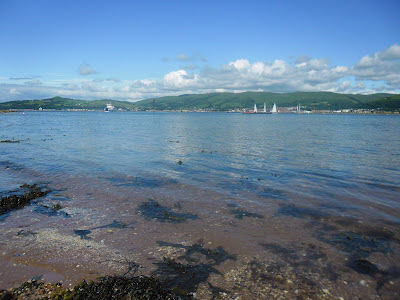 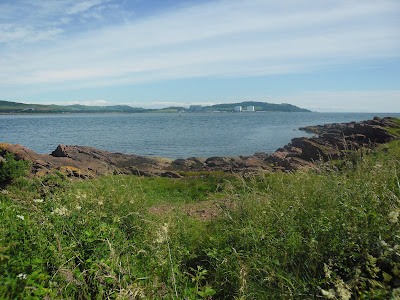 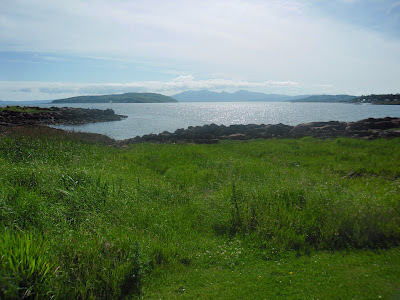 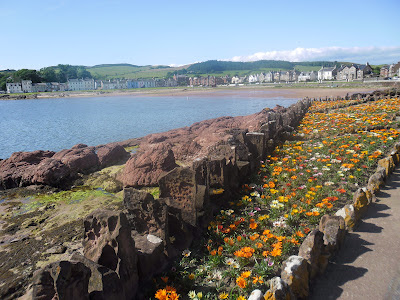 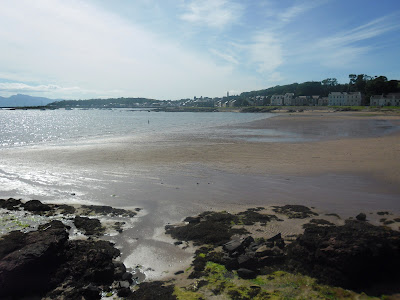 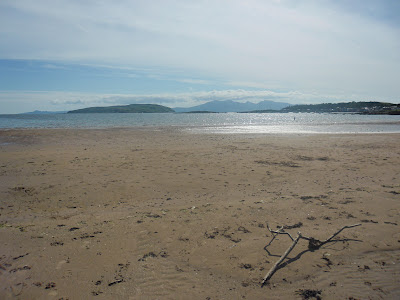 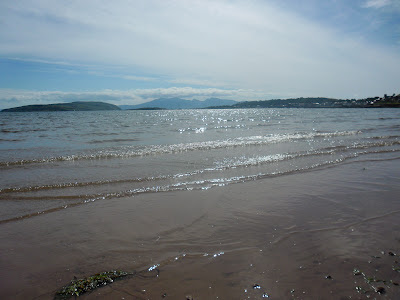 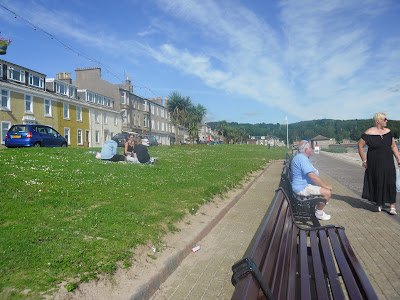 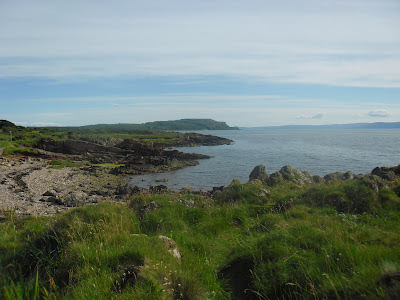 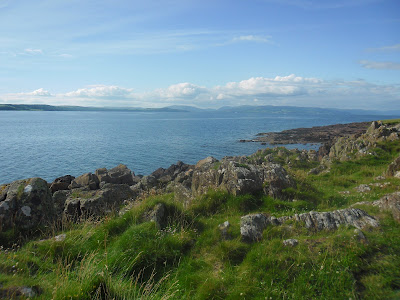 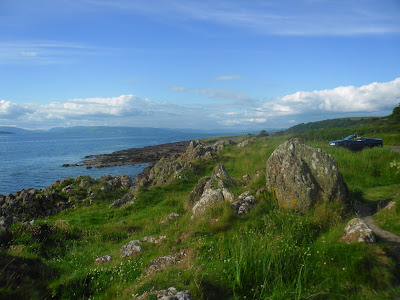 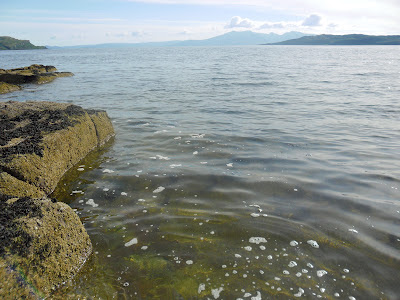 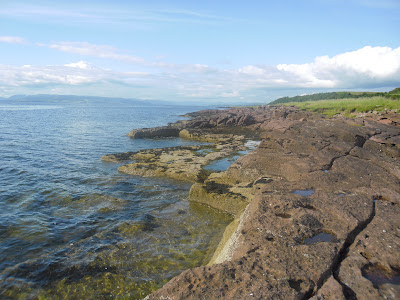 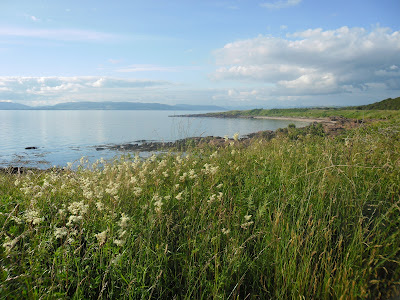 (Click the photos to enlarge)
Email ThisBlogThis!Share to TwitterShare to FacebookShare to Pinterest
Posted by James Kelly at 2:17 AM 5 comments

Would you like to "upgrade" from Scot to Brit, sir?

"Never mind poor Andy, well done Andy Murray for being first Brit to make it to the Wimbledon men's final in 74 years! Who said this guy was a dour Scot who didn't have any charisma, he really wanted to win this today, and for all the right reasons. And that was clear in the emotion he and family showed at the end when he lost. A Brit didn't win Wimbledon today, but Murray very clearly upgraded himself from that dour Scotsman to a true Brit as the loser on the day."

Note the effortless assumptions that Scottishness is a negative, that "Britishness" is a virtue, and that going from Scot to "Brit" constitutes an "upgrade". Pretty much the Tory mindset in a nutshell. When this was pointed out to her, she hastily redefined what she meant -

So adherence to the Tory version of "Britishness" is now merely an essential prerequisite for a Scot to be happy and "fully committed". Well, that's progress, I suppose.

As I touched on in my previous post, the spectacle of the last few days is a textbook example of how what the London media call "Britishness" is in reality Greater Englishness. How else can we explain the assumption that Andy Murray's success was somehow part of the same sporting canon as the English World Cup victory in 1966, and the English Rugby World Cup victory in 2003? A few weeks ago, Ed Miliband claimed that "it stands to reason" that Scots could no longer be British in an independent Scotland. The obvious inference to draw is that he takes it as read that "Britain" is whatever country London happens to be capital city of. Hardly surprising - many do.

In many ways, then, the independence referendum will be more about reclaiming Britishness than about reclaiming Scottishness. It'll be about decoupling Britishness from "state that London is capital city of" nationalism, and insisting that Britain belongs to all Britons. It isn't a London brand name - an independent state with its capital in Edinburgh will be every bit as much a British nation as an independent state with its capital in London. Norway didn't cease to be a Scandinavian nation when it declared independence from Stockholm.


Email ThisBlogThis!Share to TwitterShare to FacebookShare to Pinterest
Posted by James Kelly at 4:21 PM 2 comments

Well done to Andy Murray for giving it a right good go today. I was a bit worried that the match was going to be another anti-climax after the huge build-up, but no-one can doubt that Murray stepped up to the mark this time. And although it's not much consolation at the moment, I've always felt that in an ideal world it would be more fitting if he won his elusive first Grand Slam at Melbourne or New York, well away from the annual circus of trying to bludgeon him into maximal "Britishness" (aka Greater Englishness). I literally burst out laughing when the TV coverage commenced with Kenneth Wolstenholme's commentary from the 1966 World Cup final - I trust even some of our unionist friends were raising their eyebrows at such a grossly inappropriate choice. Admittedly there was a compilation of Scottish sporting highlights later, but it felt tokenistic in comparison.

Murray is of course a British player - Scottish players are registered as British for every tournament other than the Commonwealth Games. But that could change. After what happened with Peter Nicol a decade ago, we perhaps shouldn't make any assumptions about which country Murray would choose to represent in a post-independence scenario (he does have an English granny, after all). If he did go with Scotland, however, what a moment of pride it would be for this country as he stepped onto the Centre Court of Wimbledon in 2016 as a fully-fledged, Scottish-registered player.

Last but not least, congratulations to Federer - it hasn't been mentioned much yet, but among the other records he's broken, he's just become the first player over the age of 30 to win Wimbledon since Arthur Ashe in 1975.
Email ThisBlogThis!Share to TwitterShare to FacebookShare to Pinterest
Posted by James Kelly at 7:18 PM 4 comments