There was an overwhelmingly positive reaction on Twitter a few weeks ago when I asked if I should consider starting a 'Scot Goes Popcast', so I thought I'd give it a go as a one-off, and then make up my mind about whether to do some more.  For the 'pilot episode', I was delighted to be joined by Dr Yvonne Ridley, who was once voted "the most recognisable woman in the Islamic world". 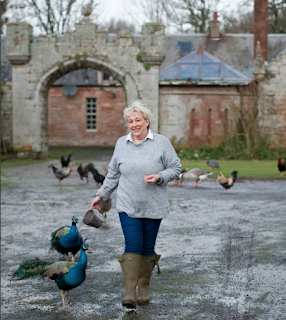 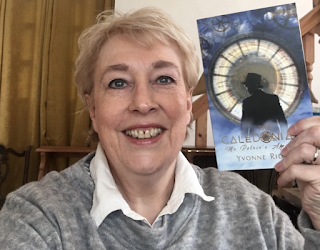 She talks about her experience as a captive of the Taliban in 2001, and as the Respect Party's candidate in the landmark 2012 Rotherham by-election.  She shares her memories of campaigning for Yes in the 2014 independence referendum, and as a long-standing SNP member offers some forthright views on the sacking of Joanna Cherry.  I also asked her about anti-Semitism in the Labour party, her stint as an animal handler on the TV series Outlander, and her new sci-fi/time travelling/Scottish historical novel The Caledonians.

Devotees of the Scot Goes Pop channel on YouTube may not be totally dumbfounded to hear that I ran into some technical problems.  Well, what can I say, I'm not the BBC.  I used Cleanfeed for the recording, which worked great when I was on Paul Kavanagh's Wee Ginger Dugcast last year, but it wasn't quite so straightforward this time for some reason.  I think the main lesson I've learnt is that for any future podcasts I'll have to use a laptop, because the background "vacuum cleaner" noise that's audible throughout is simply the whirring of the desktop.  Anyway, you can hear what we're both saying, so that's the main thing!

If you have any problem with the embedded player below, you can also listen via the direct link HERE.  I'll also try to upload it to YouTube (and maybe to one or two other places as well) later on.