For months now there's been a nagging voice in my head telling me that I should at least make a token effort to volunteer with the local Yes campaign in Cumbernauld.  But deep down I think I've always known that I'm not one of life's natural canvassers (ie. there's a risk I could make matters worse rather than better!).  Early last month, though, I decided to split the difference and do what I should have done ages ago - turn myself into a walking advertisement by ordering some badges from the online Yes Scotland shop.  When they arrived, I realised to my horror that I was going to have to choose between an enormous badge that would make me feel very self-conscious, and a small one that would require you to practically be standing on top of me before you could decipher the word written on it.  I used the small one while I was travelling on the continent, because I knew it wouldn't make much difference anyway - but I gradually resigned myself to the thought that I was going to have to switch to the enormous one when I got home, otherwise the whole exercise would be pointless.

I first took the plunge when I spent the day in Edinburgh last Thursday, and suffice to say the difference was palpable.  It was like I was constantly making a verbal statement, and people felt entitled to 'reply', which is a bit startling when in your own mind you're just minding your own business as per usual.  When I got back to Glasgow late that night I went into a 24-hour shop, and the man at the counter immediately asked me to give him one reason why Scotland should be independent.  It took me completely by surprise, and I had to admit to him that I was very tired (of course three seconds after leaving the shop I thought of all the things I should have said).  Thankfully, he nodded to me anyway and said : "I think you're right".

Yesterday I took things a step further and wore the badge throughout a day-trip to Arran.  It got the following reactions -

* A Caledonian MacBrayne employee asked me where I got the badge, and said "good" when I told him it was from the Yes Scotland online shop.

* An Englishman on the island shouted "Yes!" and gave me a big thumbs up as I passed, which was an absolutely lovely show of solidarity (unless of course he's an Arran resident, in which case he's probably a Yes voter himself).  But again, it took me completely by surprise when I was lost in thought about something else, and I just smiled awkwardly and kept on walking, which I think disappointed him slightly!

* As I was waiting to get back on the ferry as a new batch of foot passengers came off, one of them looked at me as if he'd just seen something utterly revolting (entirely understandable, to be fair) and very loudly said "OH MY GOD VOTE NO", in a Gary: Tank Commander sort of voice.

* When I got back to Glasgow, a slightly drunk young woman mistook me for a campaigner and begged me to give her a Yes badge.  She didn't strike me as the sort of person who would normally be passionate about politics (or even necessarily turn out to vote) so that probably tells you something important.

* I then walked into a very similar 24-hour shop to last week's, and the man at the counter eyed me for a couple of seconds before grinning and saying in a thick Pakistani accent : "YES -  FOR - SCOTLAND!"

The one and only time when I deliberately tucked the badge away was when I reached a spot called Giant's Graves, which is the location of the remains of two Neolithic tombs.  It was obvious even from a distance that something slightly peculiar was going on there, and I had a feeling I was about to have an awkward enough conversation without bringing the referendum into it.  At first I thought it was some kind of hippy ritual, because a woman was lying down in one of the tombs, while a man stared into space intensely.  When I got there, the woman peeked over the edge of the stone and said "Hi!", in a tone of voice that you'd put on if you were trying to sound extremely friendly while wishing to God the other person would go away.  I said "hiya, am I interrupting?"  Her response was "not yet!", which she said in such a mischievously guilty sounding way that I almost started to wonder if they were planning to have sex in the tomb.  But to my relief I then noticed some fancy-looking equipment lying around, so I think it must have been a photo-shoot.  The woman was good-looking and unnecessarily well-groomed for the surroundings, so she was probably a model and the guy was probably the photographer.  It was very irritating, though, because I had walked two miles uphill to get there, and you don't really expect to be in the back of beyond and STILL find yourself in someone's way! 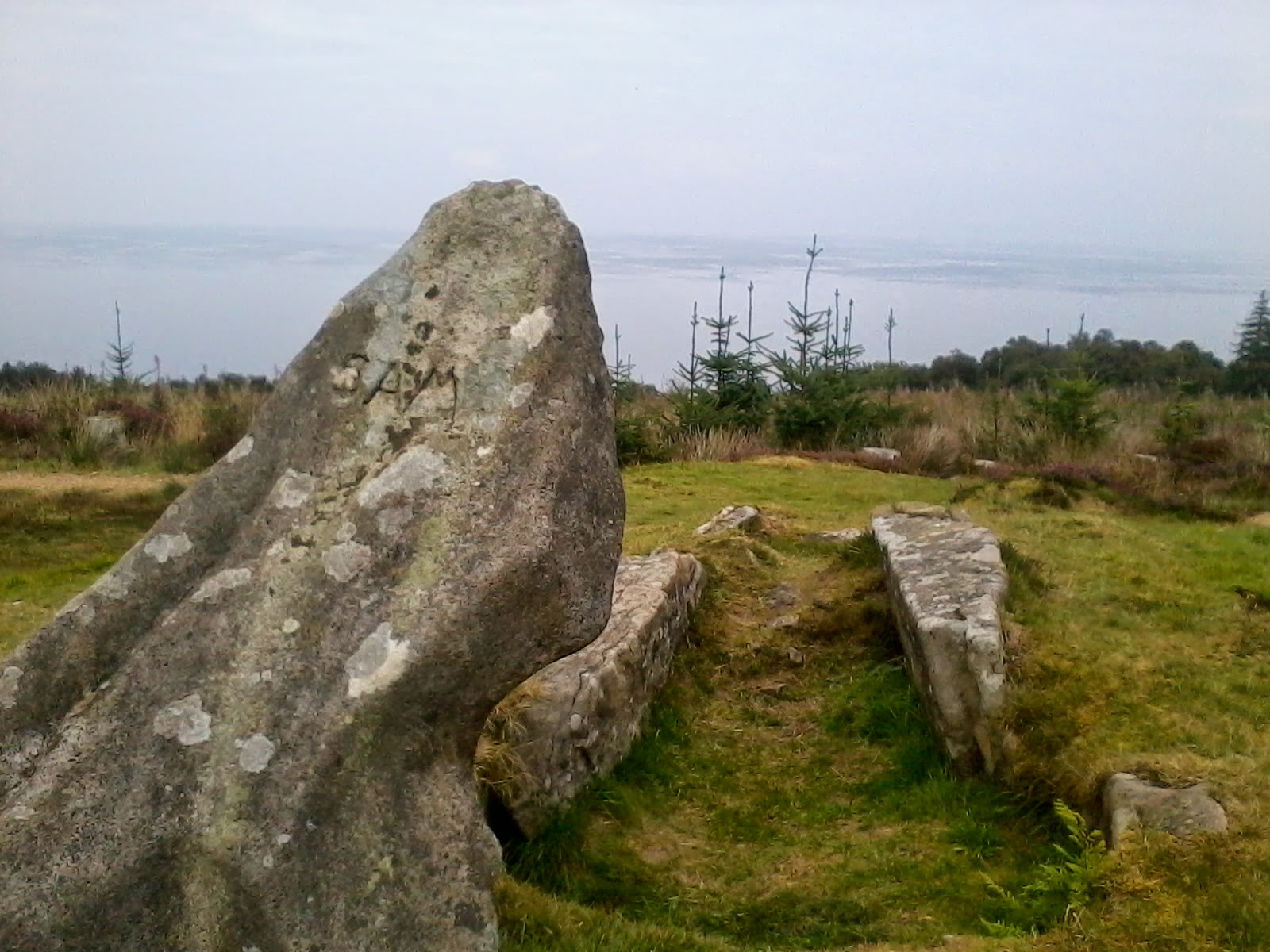 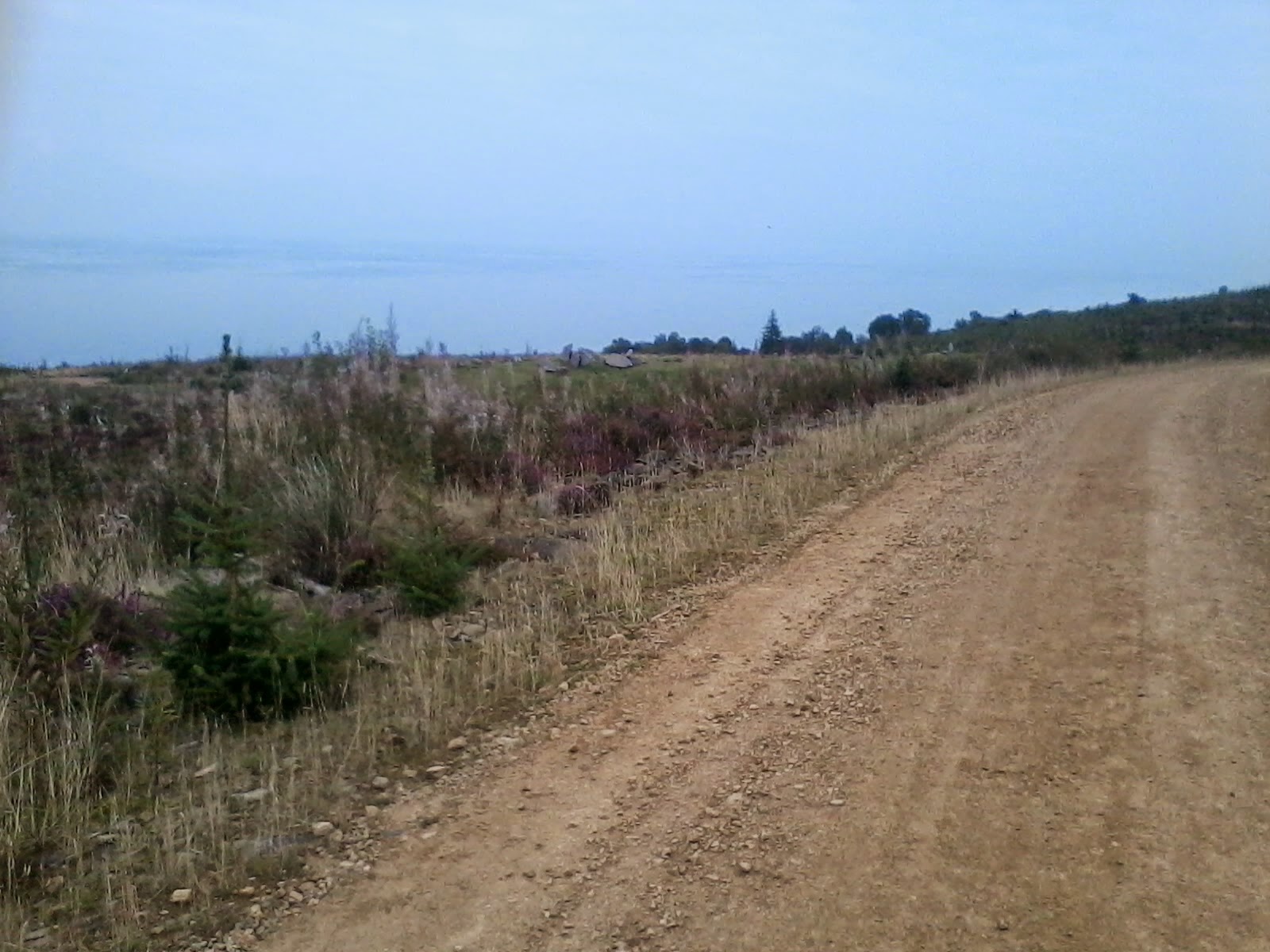 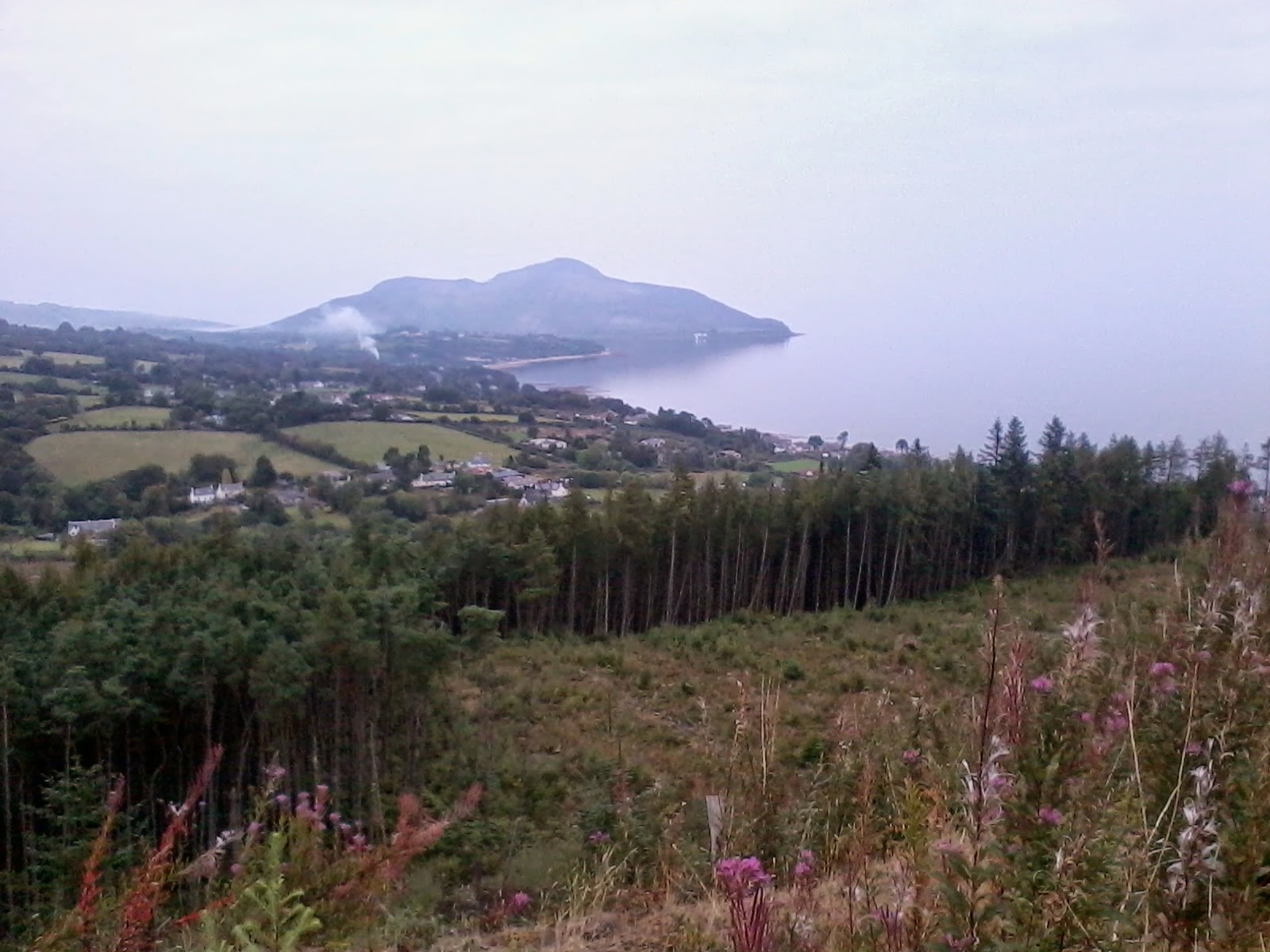 Email ThisBlogThis!Share to TwitterShare to FacebookShare to Pinterest
Posted by James Kelly at 6:40 PM