More inspiring civility from our friends on the radical left...

It's genuinely quite disconcerting when half a dozen people you don't know from Adam suddenly launch a downright nasty, childish tag-team attack on you on Twitter for no apparent reason.  These are people who clearly know all about me, hold very strong views about me, some of which appears to go all the way back to Christmas when I wrote a satirical poem that was a bit too close to the bone for some people on the radical left.  And yet during all of those months of them nursing such a bitter personal grievance, I heard nothing from them, leaving me unaware of their existence.  Then suddenly it all explodes in the space of a few minutes.  Why?

Having thought about it, I've come to the strange conclusion that this was a pre-planned trolling operation.  I think a few radical left activists got together after seeing me ask an inconvenient question, and decided it was my turn to get a playground monstering.  In my view this sort of behaviour is totally unacceptable, but I'm not holding my breath for the self-appointed Civility Police on the radical left to actually condemn it - as they would do in an instant if it was coming in the opposite direction. 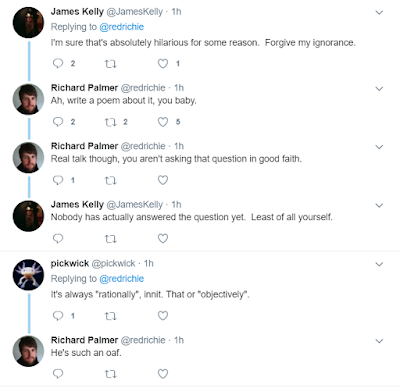 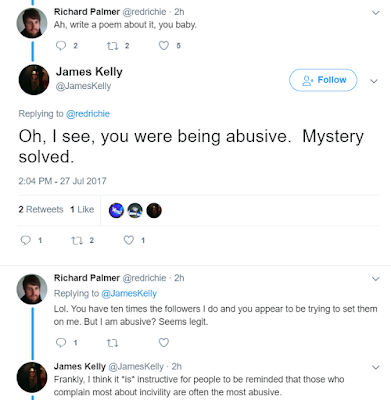 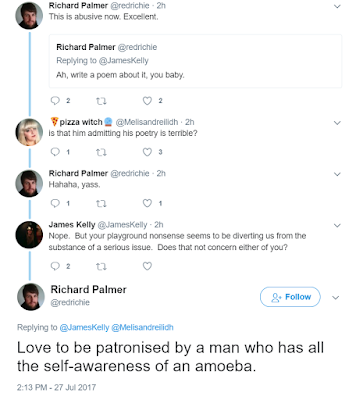 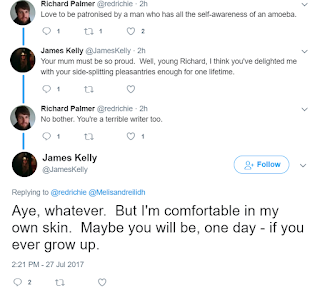 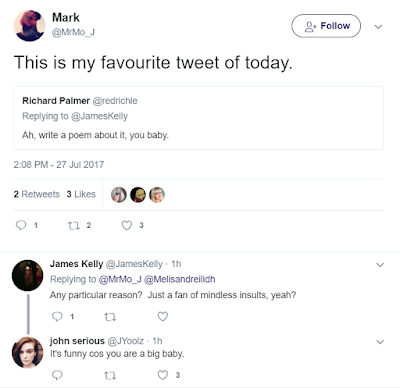 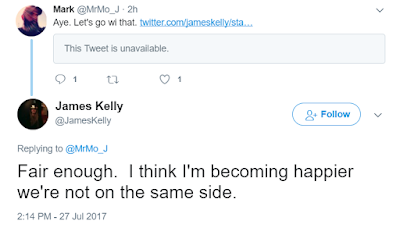 Utterly bizarre.  If anyone has a clue who Richard and his chums are (there was also someone called Rachel McCormack), and what their agenda is, please do enlighten me.

UPDATE: I am reliably informed that Rachel McCormack is "a slightly contrarian, Scottish nationalist food and whisky writer" who has hated my guts for some time, even though she gets me mixed up with my Labour MSP namesake.  You learn something new every night.
Email ThisBlogThis!Share to TwitterShare to FacebookShare to Pinterest
Posted by James Kelly at 12:02 AM