I don't want to jump to conclusions here, but I'm finding it very, very hard not to think that certain people in East Sussex (possibly including the police themselves) set out to make complete fools of the media last night, and succeeded. You might have seen the BBC (along with countless other media outlets) claiming that "Sussex Police said the effigies of Mr Salmond would not now be set alight", but if you look carefully at the form of words used by the police spokesperson quoted in the Daily Record, the only assurance given was a load of patronising drivel about how Alex Salmond himself wouldn't actually be burned to death. It's little wonder that words were being chosen so carefully, because there's now compelling evidence from social media (including photographic evidence) that the organisers ignored the enormous offence they were causing, and proceeded to blow up at least one of the two effigies in exactly the way they had always planned. Not that you'd be aware of any of this from the mainstream media, even now. 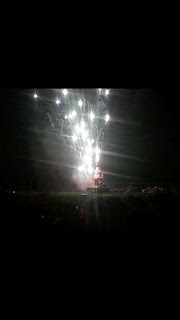 Despite the controversy, Alex Salmond went up tonight. #LewesBonfire #ilovemytown

They didn't burn it, no... just stuffed it full of fireworks and blew the s*** out of it (like they always do)

see reply to other tweets. I saw it blown to smithereens with my own soft southern eyes.

Yep, blew its head clean off. Beeb reports missed the angle. Effigies are never put on bonfire, just blown up

And in case you haven't seen it yet, here is the entirely non-racist, "just-a-bit-of-harmless-fun-what-is-everyone-whingeing-about" effigy of Angela Merkel they blew the s*** out of a couple of years back.  No wonder they #lovetheirtown... 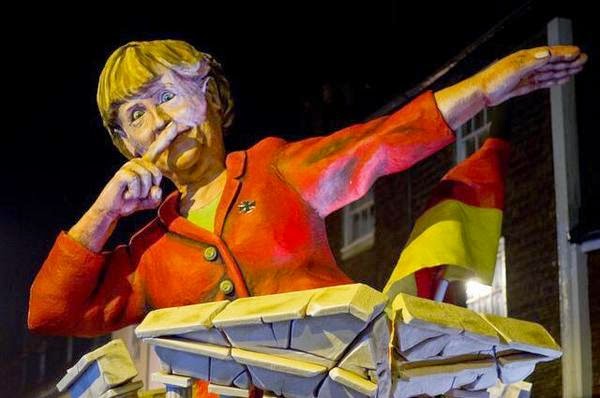 Email ThisBlogThis!Share to TwitterShare to FacebookShare to Pinterest
Posted by James Kelly at 5:27 AM