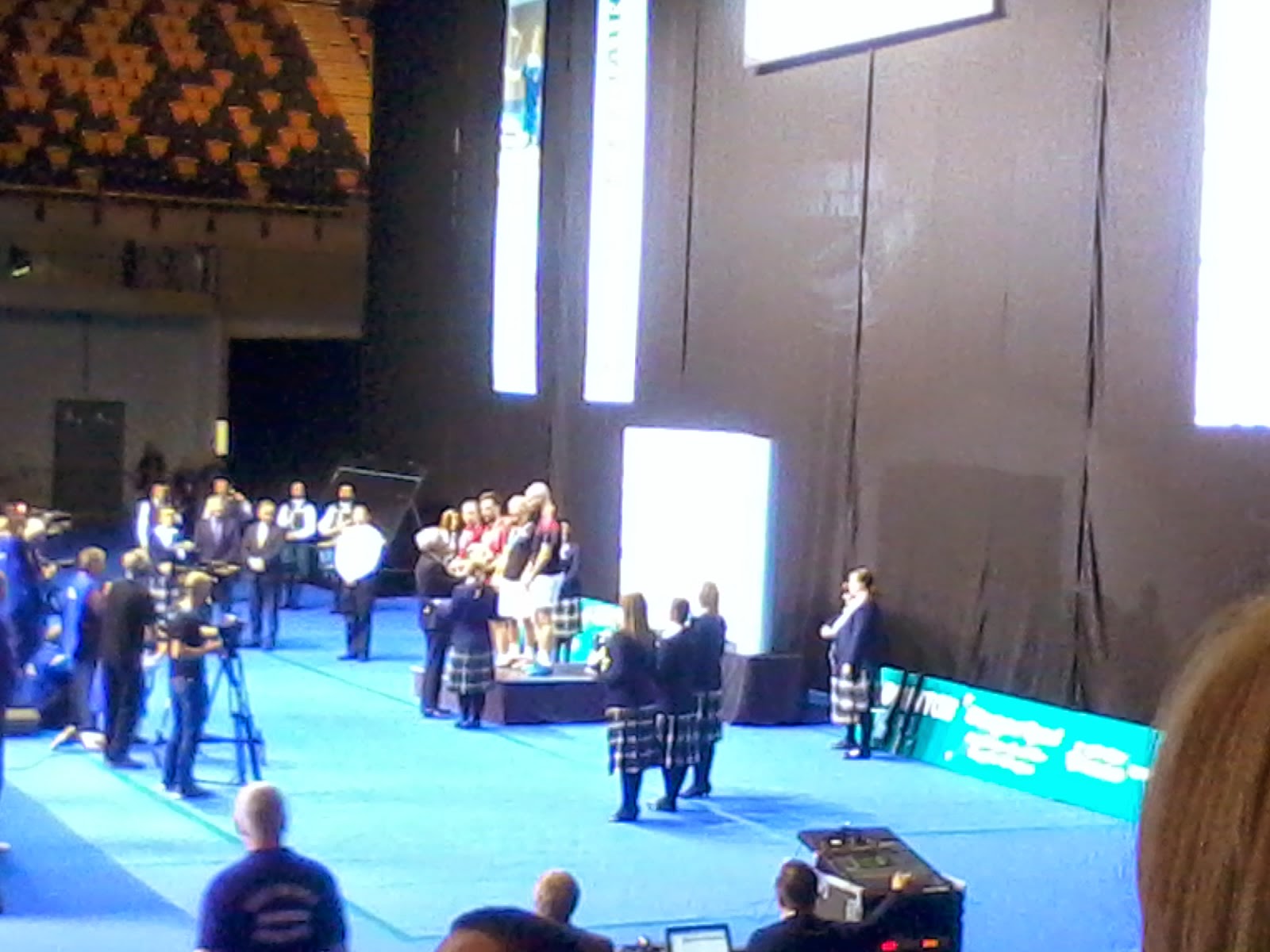 Perhaps to prove to myself that the Commonwealth Games and the Ryder Cup weren't the only chances to see top-class international sport in this country, I spent the day at the Scottish Open badminton yesterday.  Mind you, if I'd known Gordon Matheson and Craig Reedie were going to be given starring roles, I might have thought better of it.  Luckily, Matheson was kept well away from the microphone (to the relief of all cats and dogs within a five-mile radius), but I was still presented with a huge dilemma when we were more or less instructed to give Reedie a rapturous round of applause for "everything he's done for the sport in Scotland".  I mean, for pity's sake, isn't the knighthood and the vice-presidency of the IOC enough for the man?  I decided to sit on my hands, because far from being a hero of Scottish sport, Reedie is notorious for strongly implying during the referendum campaign that he would wreak revenge on his own country if it voted Yes, by doing his level best to ensure that Scottish athletes would not be able to compete in Rio under their new flag.

My only previous exposure to badminton has been during the Olympics and Commonwealth Games, so I must admit that I didn't realise until yesterday that it's one of the sports in which Scotland generally competes as a nation in its own right (Reedie must have bloody hated that when he was a player).  I said after the referendum that we had just (unthinkingly) voted to continue subsuming ourselves within a straitjacketed Great Britain identity in the vast majority of sports, but on reflection I may have been overstating the case slightly - GB representation is certainly the norm, but there are a reasonably significant number of exceptions.  Here is the list of sports I can think of in which Scotland competes as a country - feel free to add to it if you know of any others...

Interestingly, there are a few sports on that list in which Scottish representation is a relatively recent innovation (ie. within the last few decades), so it just goes to show that these things aren't necessarily set in stone for as long as we're part of the UK - perhaps with Devo Max we might be able to make the case for representation in more sports.

And I'm certainly not going to give up on the Eurovision Song Contest, because the vaguely comparable Miss World (yes, it's still going, believe it or not) eventually saw the light in 1999.  Fighting for world peace and kittens on our behalf this year is Ellie McKeating.
Email ThisBlogThis!Share to TwitterShare to FacebookShare to Pinterest
Posted by James Kelly at 3:35 AM