My issues with this year's Eurovision contestants - no. 7 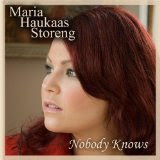 "Love can be hard sometimes
Yes, it can catch you off guard like bad crimes"

Hmmm, this is problematical on just all sorts of levels. First of all, Maria seems to be drawing a curious distinction here between 'bad' crimes on the one hand and, well, 'good' crimes on the other. What are all these good crimes? Perhaps I shouldn't dismiss this out of hand, after all I'm instantly conjuring up an image of Tony Benn with pipe in mouth, arms flailing about like only Rory Bremner can, saying "oooh, think of the suffragettes, they had to break the law". So, in the interests of fairness, I've taken this issue very seriously and done some painstaking research, ie. I googled it. And, indeed, it seems there are some things that are against the law which are, if not exactly 'good', then certainly relatively harmless. For instance, in Miami, it is strictly illegal to impersonate a bison, while in Missouri you could find yourself hauled before a court for shaving without a licence. So presumably these are the sorts of things Maria has in mind for her 'good' crimes, while the bad ones are obviously things like murder, rape, arson, and grievous bodily harm. But while being randomly murdered or having your house burnt down could certainly be said to "catch you off guard", does that entirely capture the gravity of the situation? I think not. On the other hand, it might just capture the lesser gravity of being the victim of an unprovoked bison impersonation, so in my view Maria should really be singing "love can catch you off guard like those not-so-bad crimes they have in Miami".

(Phew, I thought I'd never get to the end of that paragraph).

To be fair to Maria, though, she offers a far more robust and convincing argument later on in the song -

Let's face it, the girl's got a point. Which is more than anyone's ever said about John Barrowman.
Email ThisBlogThis!Share to TwitterShare to FacebookShare to Pinterest
Posted by James Kelly at 1:15 AM