Spending the Summer Solstice at the School of Art

As a few of you already know (because I met you there), I was at the Glasgow School of Art this afternoon for the Common Space launch party.  It reminded me a bit of the first day at Primary 1, because I was given a name-badge upon arrival!  I met lots and lots of interesting people - too many to mention, but for example there was Mark Jardine, who wrote Neil Oliver's scripts for A History of Scotland, Gerry Mulvenna from Independence Live (who was beaming the event direct to a friend in Spain!), and William Duguid of To September and Beyond fame.  William and I were interviewed together for a Phantom Power video, and I also did an audio interview with Derek Bateman.

William said to me : "Events like this are all about networking.  Shaking everyone's hand!  Being shameless!"  And I thought : oh God, are they?  Are they not about sitting quietly in the corner listening to the music and sipping mineral water?  No, I suppose they're not.  Actually, people very kindly got me off the hook throughout the afternoon by coming up to me and striking up conversations, but I still wearily came to the conclusion that I'd better make at least one bona fide, spontaneous attempt of my own at networking, if only for the sake of tokenism.  So just before I left, I went back upstairs, and surveyed the room for a potential victim.  It occurred to me that it might be slightly less awkward to approach a stall rather than interrupt someone's conversation, so I boldly strode up to the NewsShaft table brandishing my name-badge.  Jack Foster and James Devoy were talking to each other and were oblivious to the world, but I caught Carolyn Scott's eye, made a few grunting noises, and then walked away again feeling slightly embarrassed.  And that, ladies and gentlemen, was the sum total of my spontaneous networking efforts this afternoon.  The maestro must conserve his strength.

One thing you can always rely on me for, however, is a thrillingly low-quality photographic record of proceedings.  Enjoy... 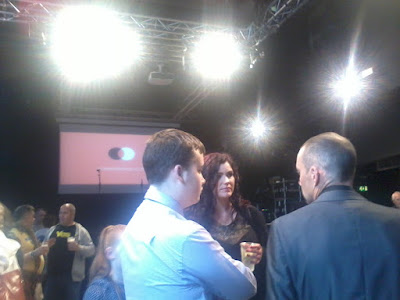 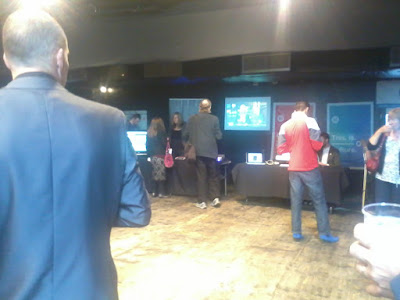 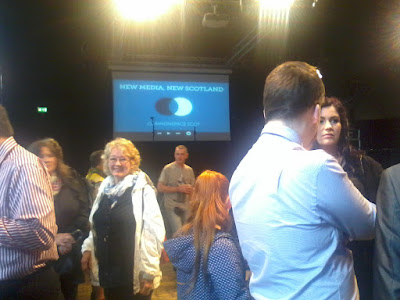 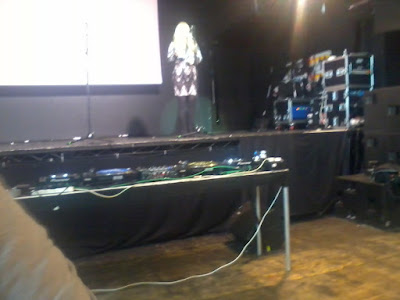 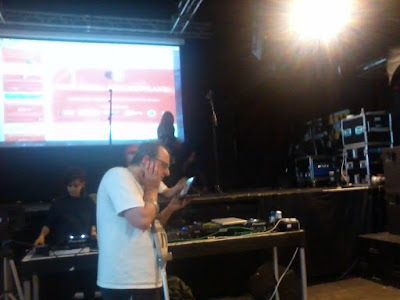 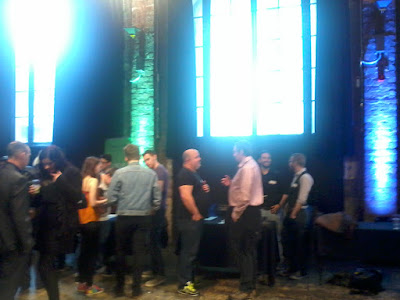 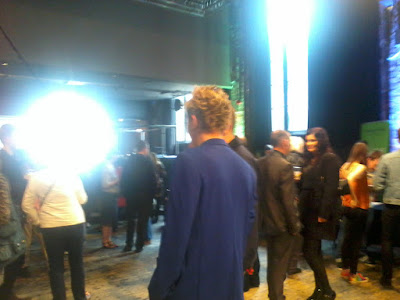 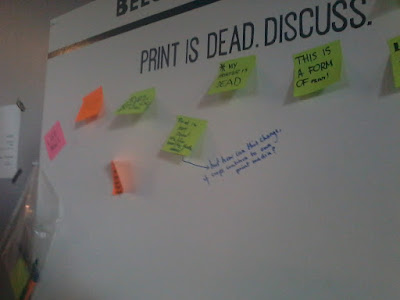 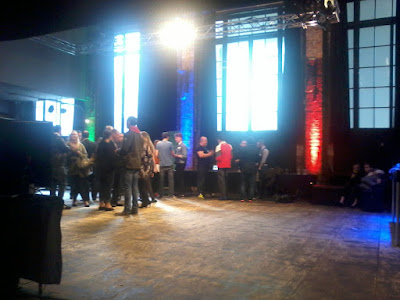 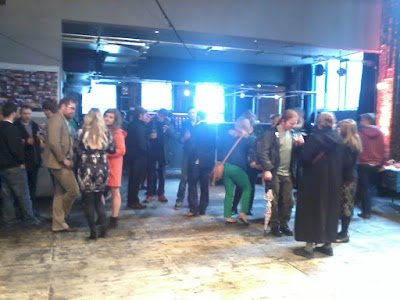 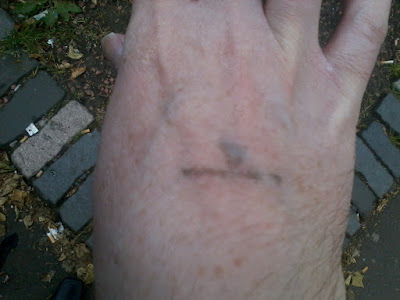 Email ThisBlogThis!Share to TwitterShare to FacebookShare to Pinterest
Posted by James Kelly at 7:40 PM