Last night I finished off two weeks of immersion in Celtic Connections by going to the Young Traditional Musician of the Year final at the City Halls. As the host Mary Ann Kennedy reminded us about seventeen billion times, it's being televised on BBC Alba tonight, so I hope there aren't too many close-ups of the audience, because I wasn't exactly looking at my finest (I left the house in a bit of a hurry!). I was sitting next to someone who I think may have been the uncle of the winner, Robyn Stapleton. He certainly must have been a friend or relative of some sort, because there was something akin to a volcanic eruption when her name was read out at the end.

The highlight of the festival for me was also at the City Halls about ten days ago, when I went to see Patsy Reid and The Gloaming. Both acts were excellent, but it's Patsy Reid's performance that will linger long in my memory - she and her backing musicians produced some of the most gorgeous sounds you could ever wish to hear.

Last year I posted photos of all the winners of the Open Stage event, so I thought I might as well do the same this time. But first of all I must give pride of place to one of the non-winning acts, a band from the Highlands called The Cask, who were brave enough to perform a song explicitly calling for a Yes vote in the independence referendum. It can still be heard on catch-up HERE (albeit you have to scroll through to about 16 minutes) and the chorus went like this -

Say Yes!
For Alba's day
Say Yes!
For independence day
You have the power to make Alba shine...
Vote Yes. They were very warmly received (definitely no booing!), in spite of the fact that the audience must have had mixed views on the subject. It was a powerful reminder of one of the natural advantages that the Yes campaign possess, which is that it's much easier to get a generous reaction when you're asking people to positively embrace an exciting new idea, rather than pouring scorn on it. Presumably if that song had been anti-independence, it would have gone something like this -

Say No
Or bad things may happen
Say No
We cannae dae it, cap'n!
You have the power to keep Cammo in power...
Vote No.

Probably not quite such a crowd-pleaser.

Anyway, now to the six winners, all of whom will receive a supporting act slot at next year's festival. They are Austen George, Ho Ro, The Chaplins, Griogair Morrison, Arthur Nicholson and the Mischa Macpherson Trio. Unfortunately I took these pictures from quite an acute angle, so I unavoidably chopped off some of the musicians, most notably transforming the Mischa Macpherson Trio into a duo.  And I'm sure you all know the drill with my photos by now - don't even bother clicking to enlarge, because it'll just make the atrocious picture quality even worse!

A word in my defence, by the way - none of the performers actually handed out Better Together leaflets at any point, so hopefully Kenny Farquharson won't consider me "creepy" for publishing these photos (and in non-pixelated form at that). 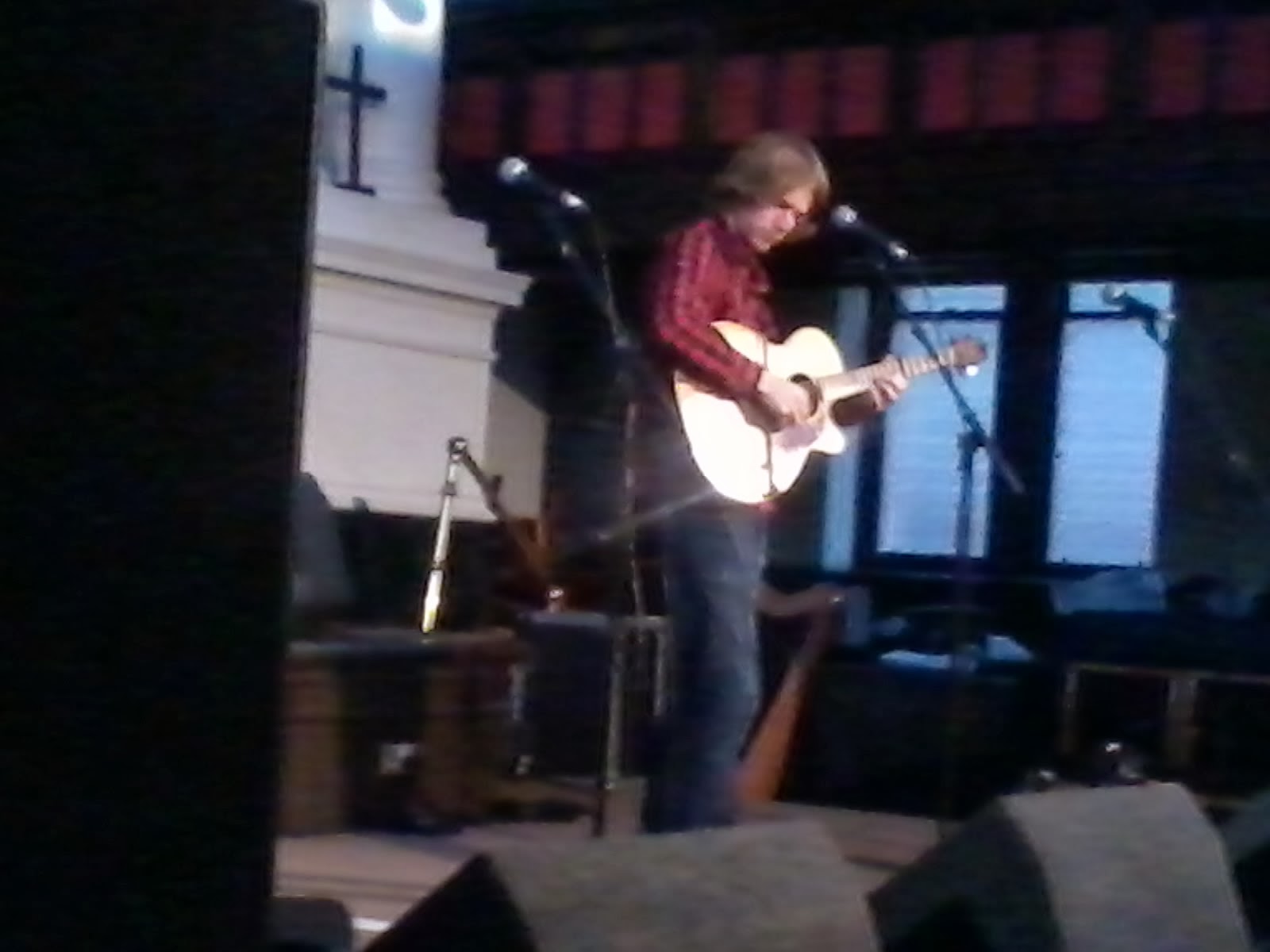 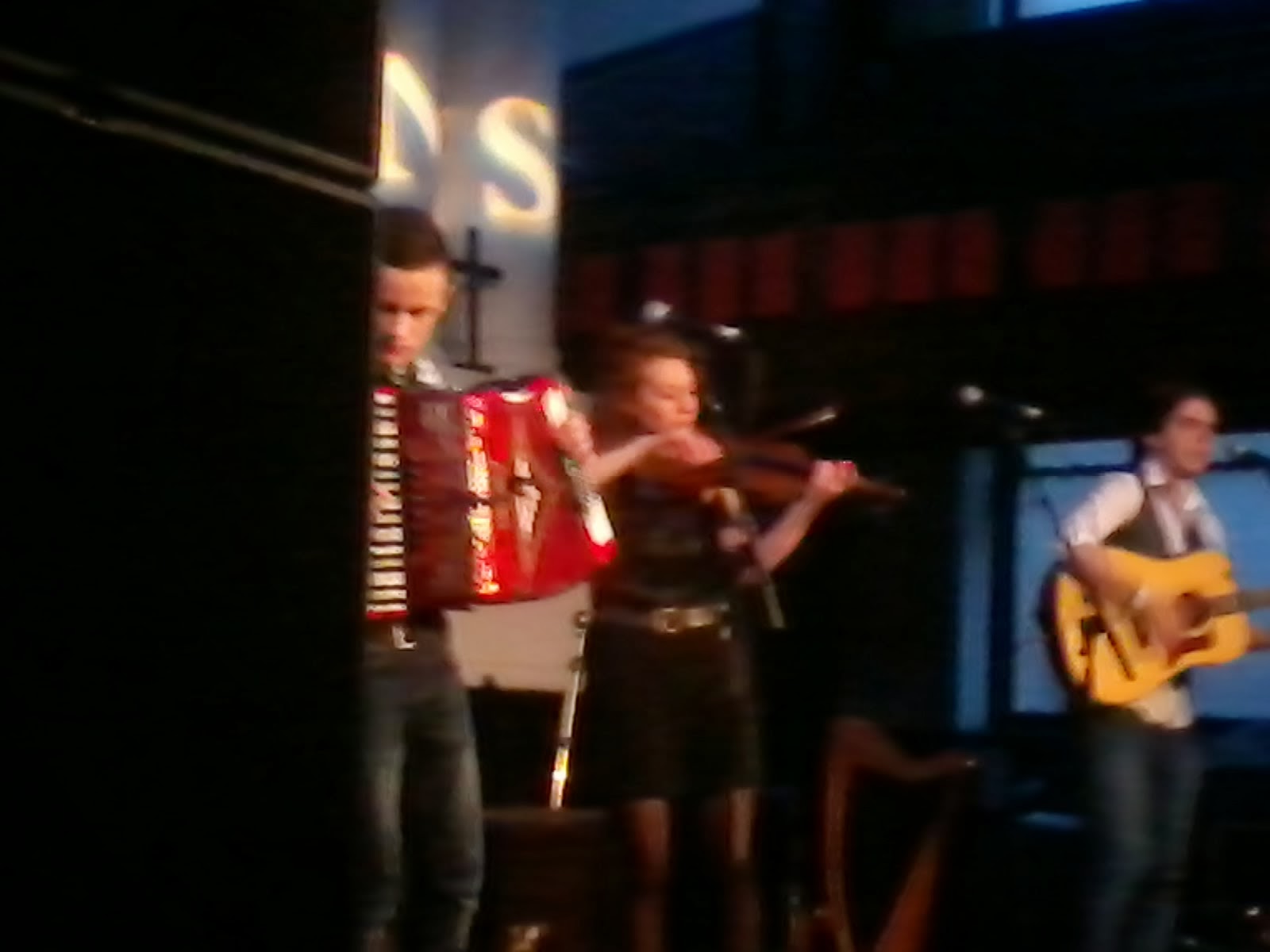 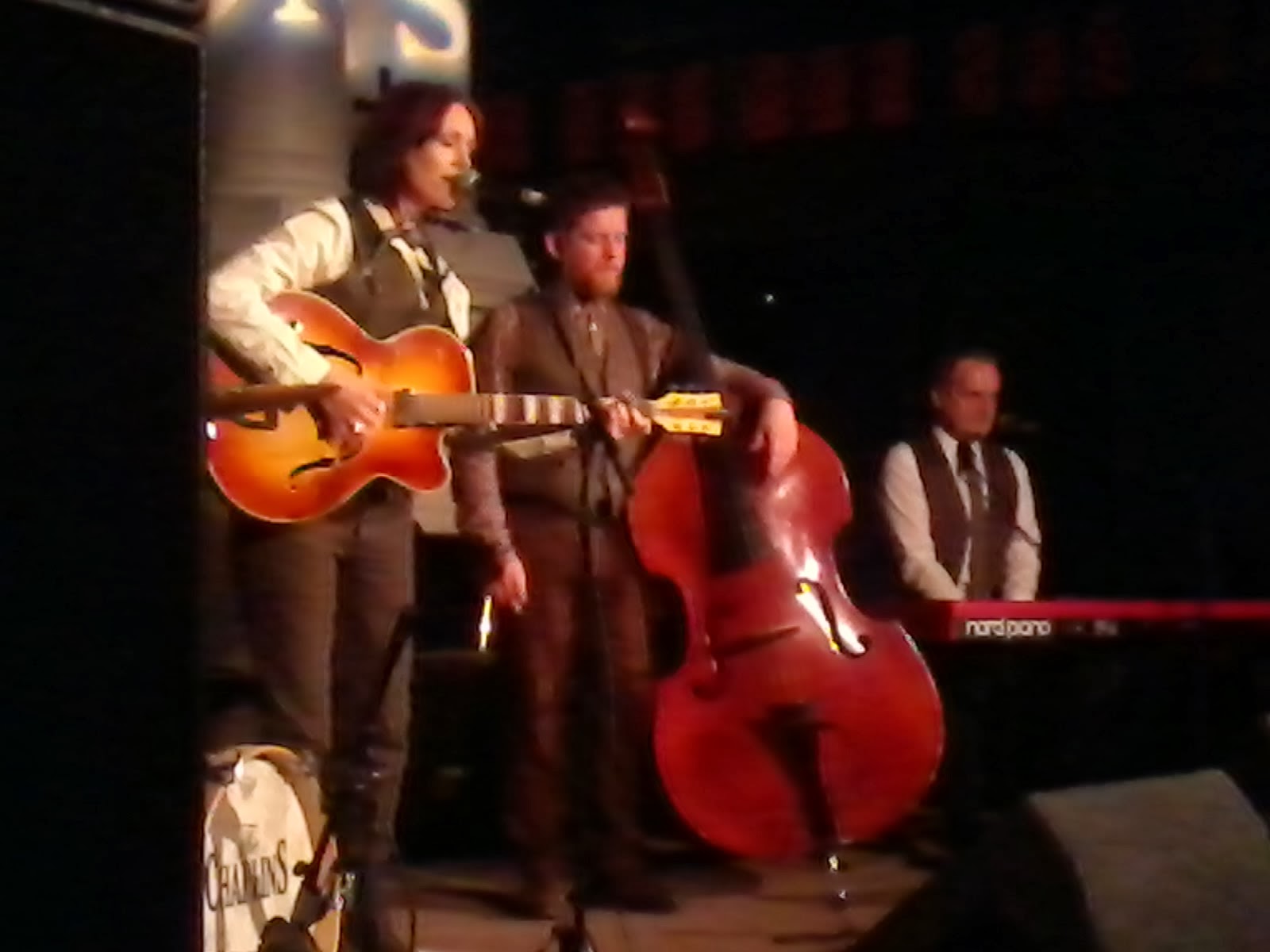 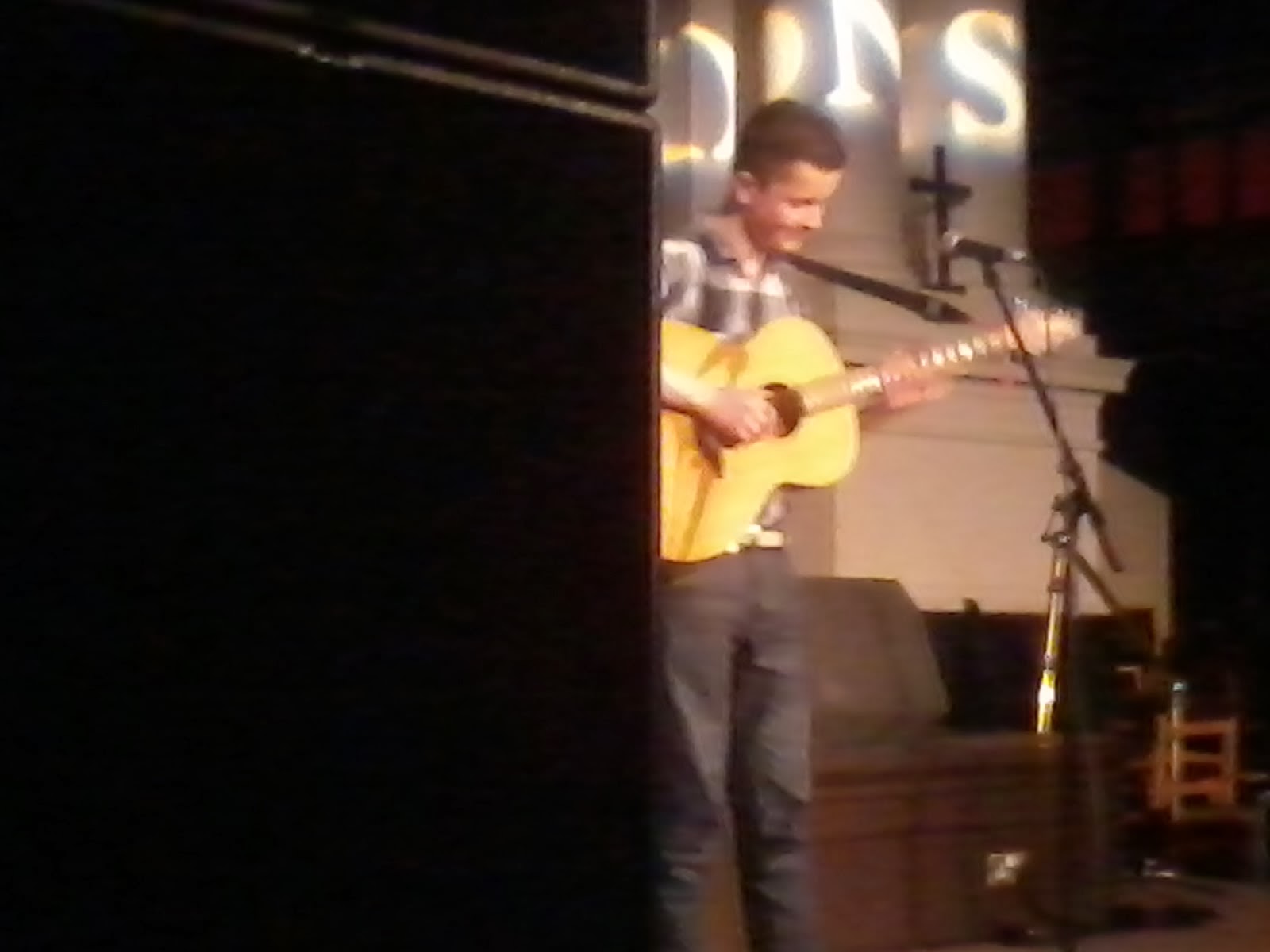 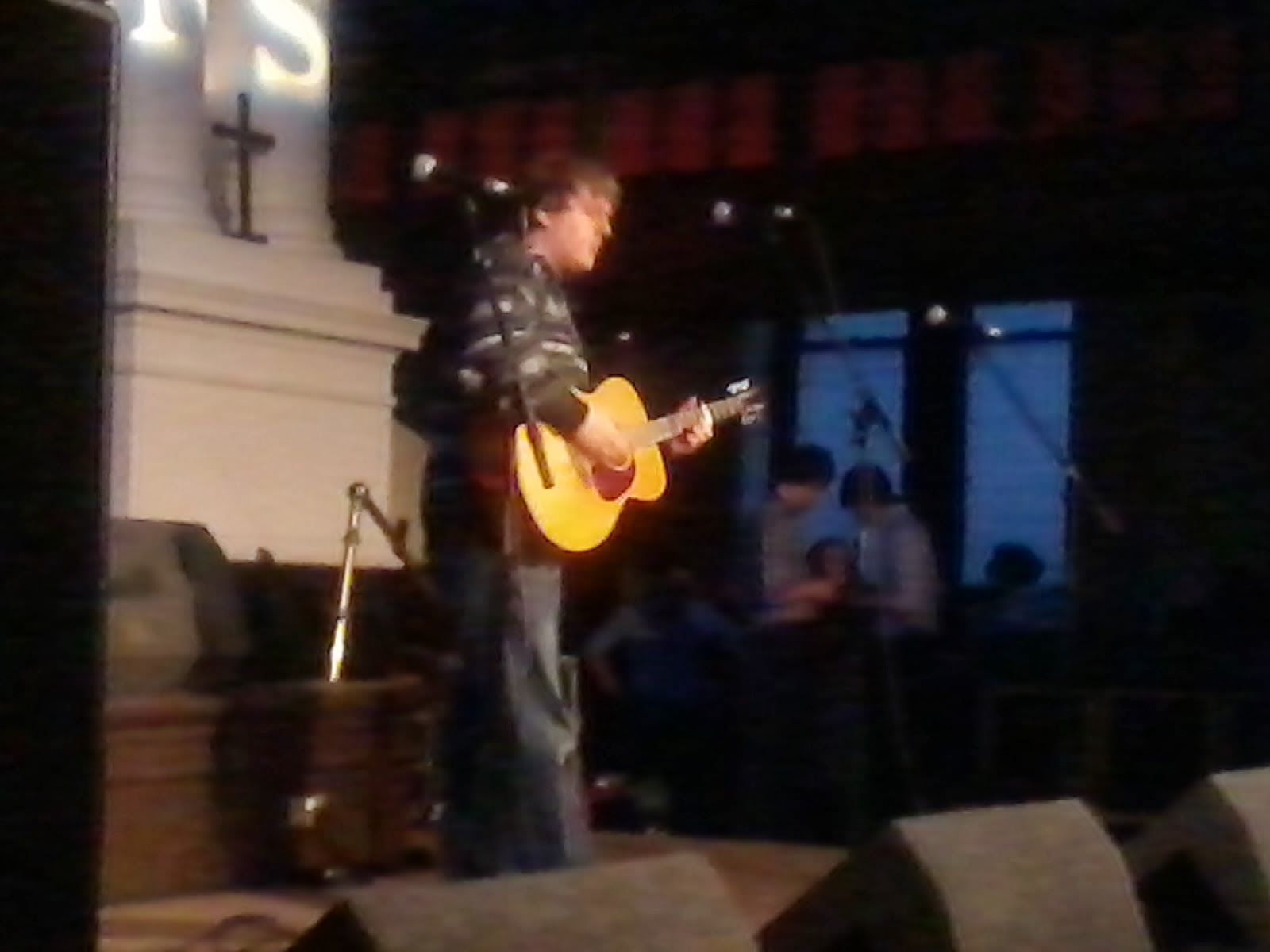 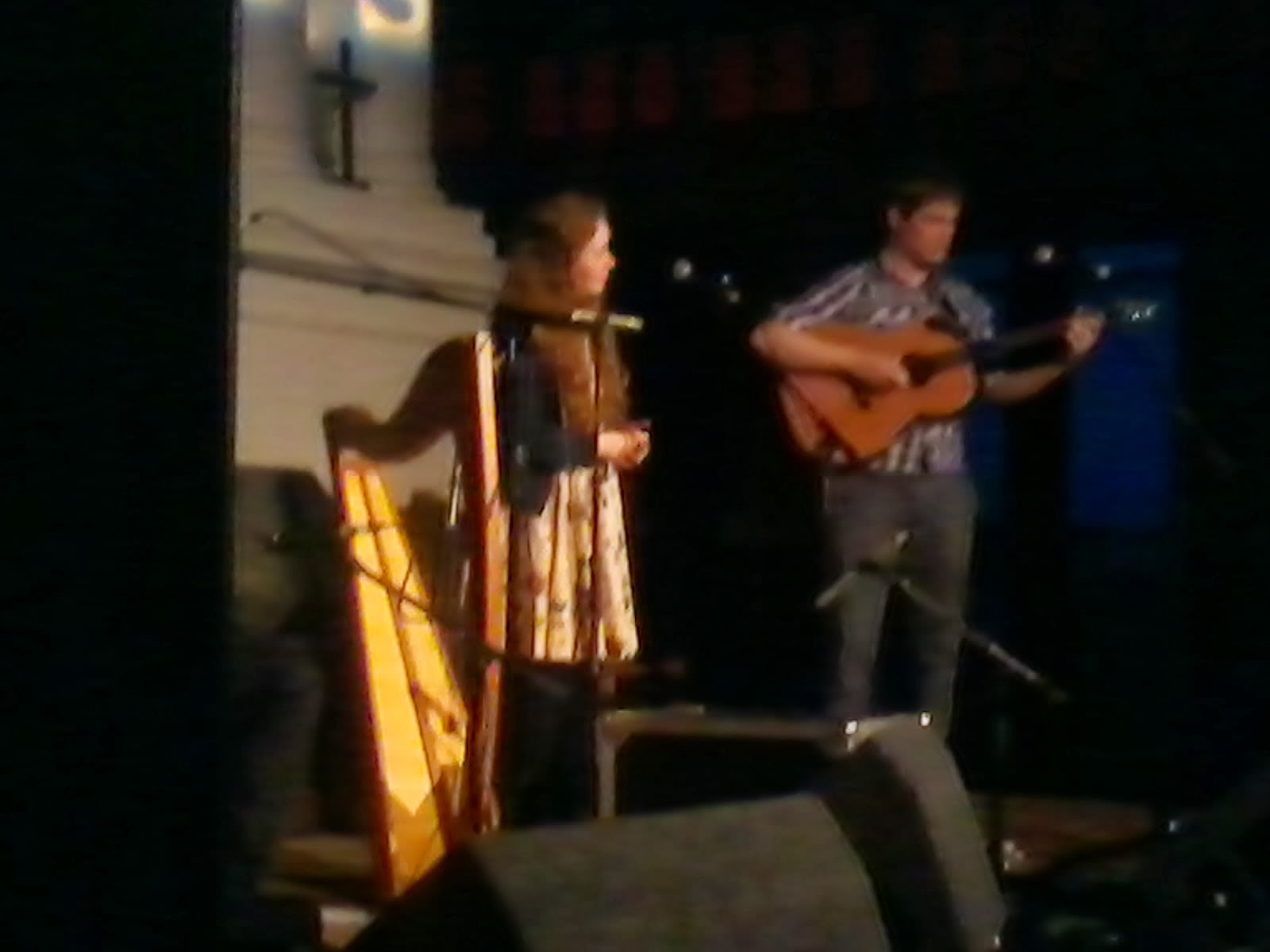 While I'm at it, I may as well post a few photos of memorable acts from the heats who didn't win. I must admit I had the first two of these (Watermelon Moon and The New Prohibition) down as nailed-on winners. Of course I'm not musically trained (leaving aside my ill-fated attempts at the age of 12 to learn to play the flute with the assistance of the tutor from hell), so when I get something wrong like that I always wonder if there were some shortcomings that my ear wasn't picking up, or if it really is just totally subjective and a different set of judges would have come up with an entirely different set of winners.

The third is Jennifer Andrew, who I didn't really expect to win, but who certainly made the hair stand up on the back of everyone's neck with her rendition of The Dark Island, which was about a thousand times more pleasing to the ear than the excruciatingly twee versions of the song that you'll find if you search for it on YouTube.

I believe the fourth and fifth ones are Malcolm Bushby & Chloe Merriott and Jacob & Jane. 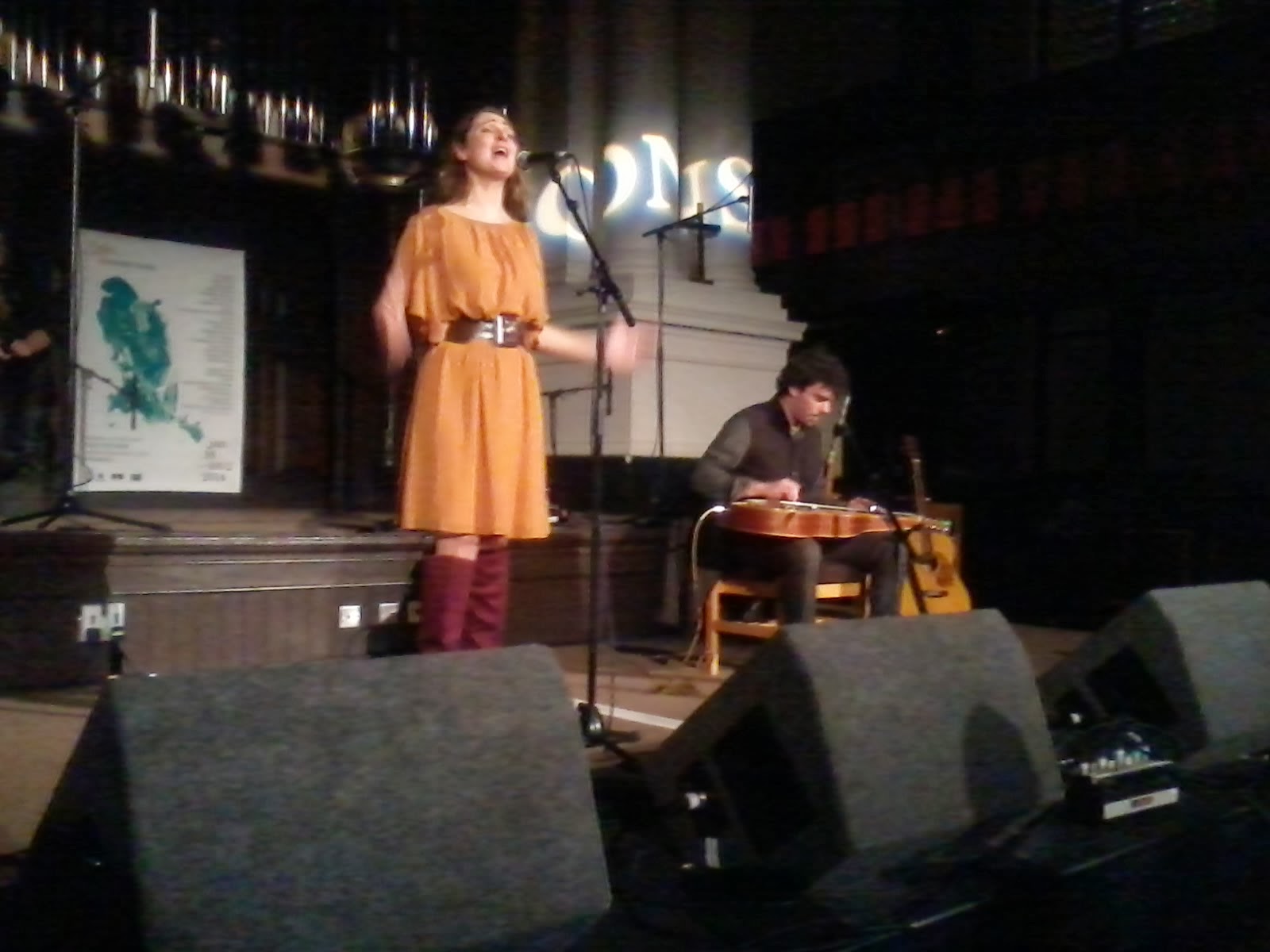 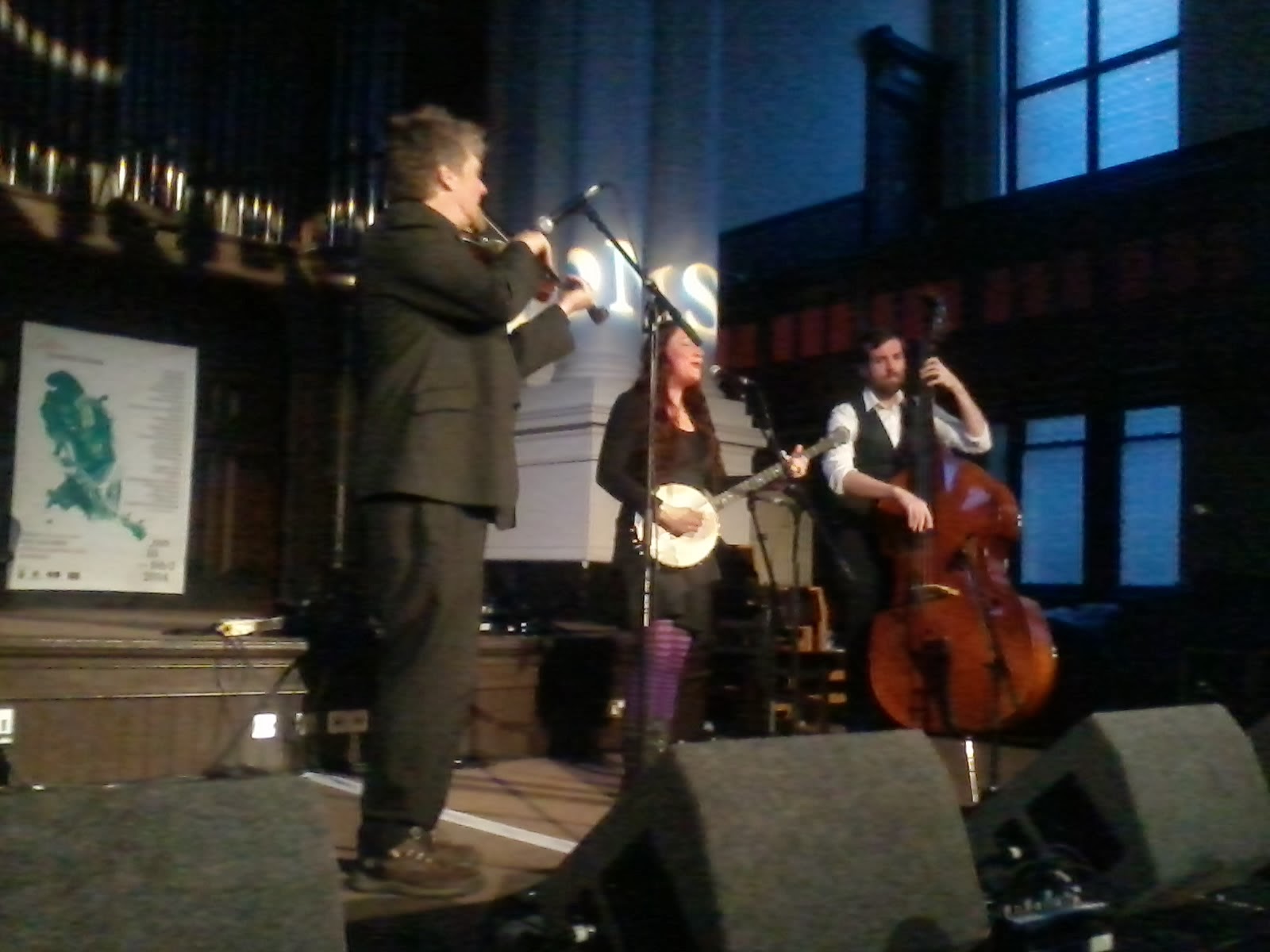 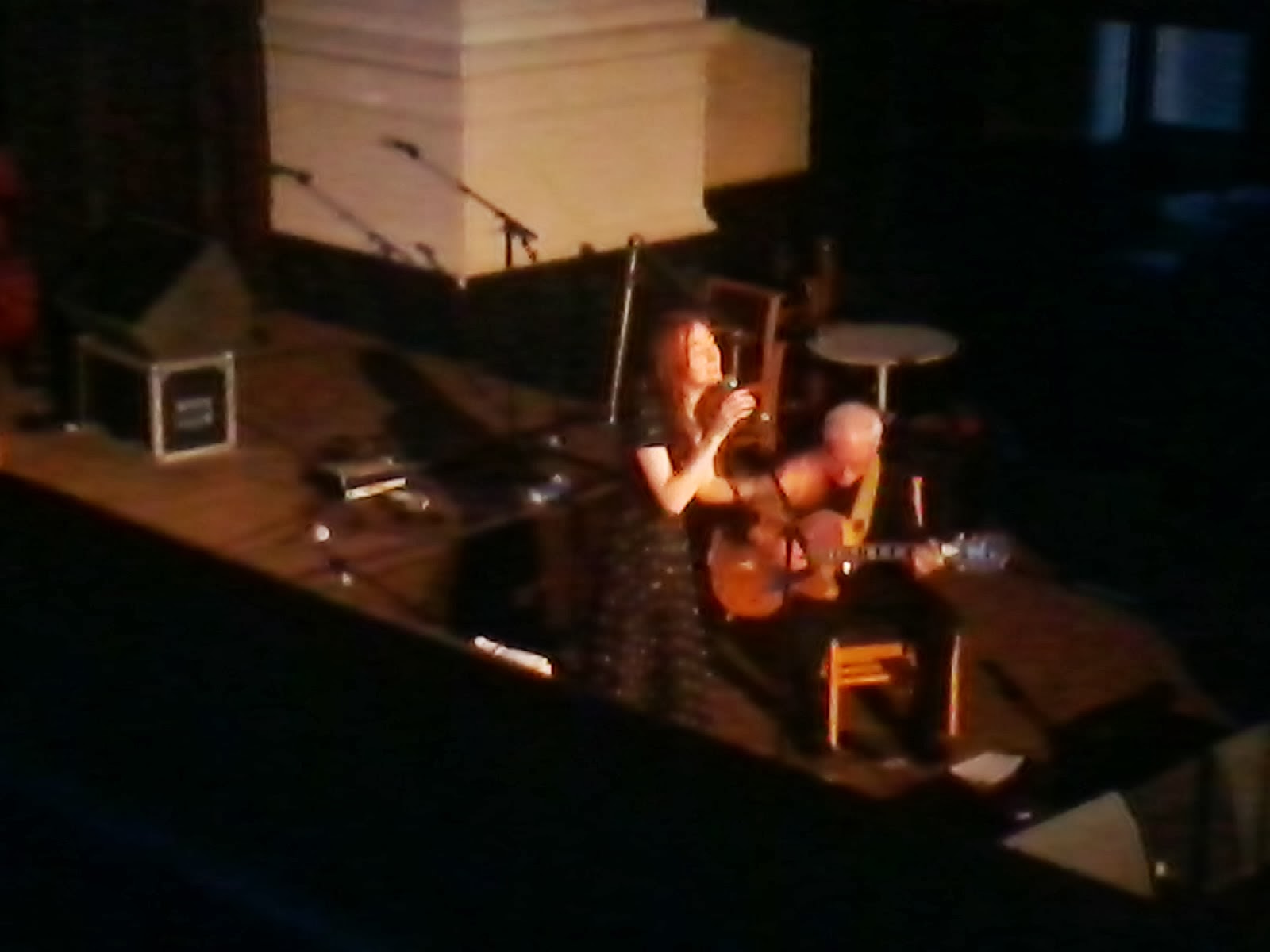 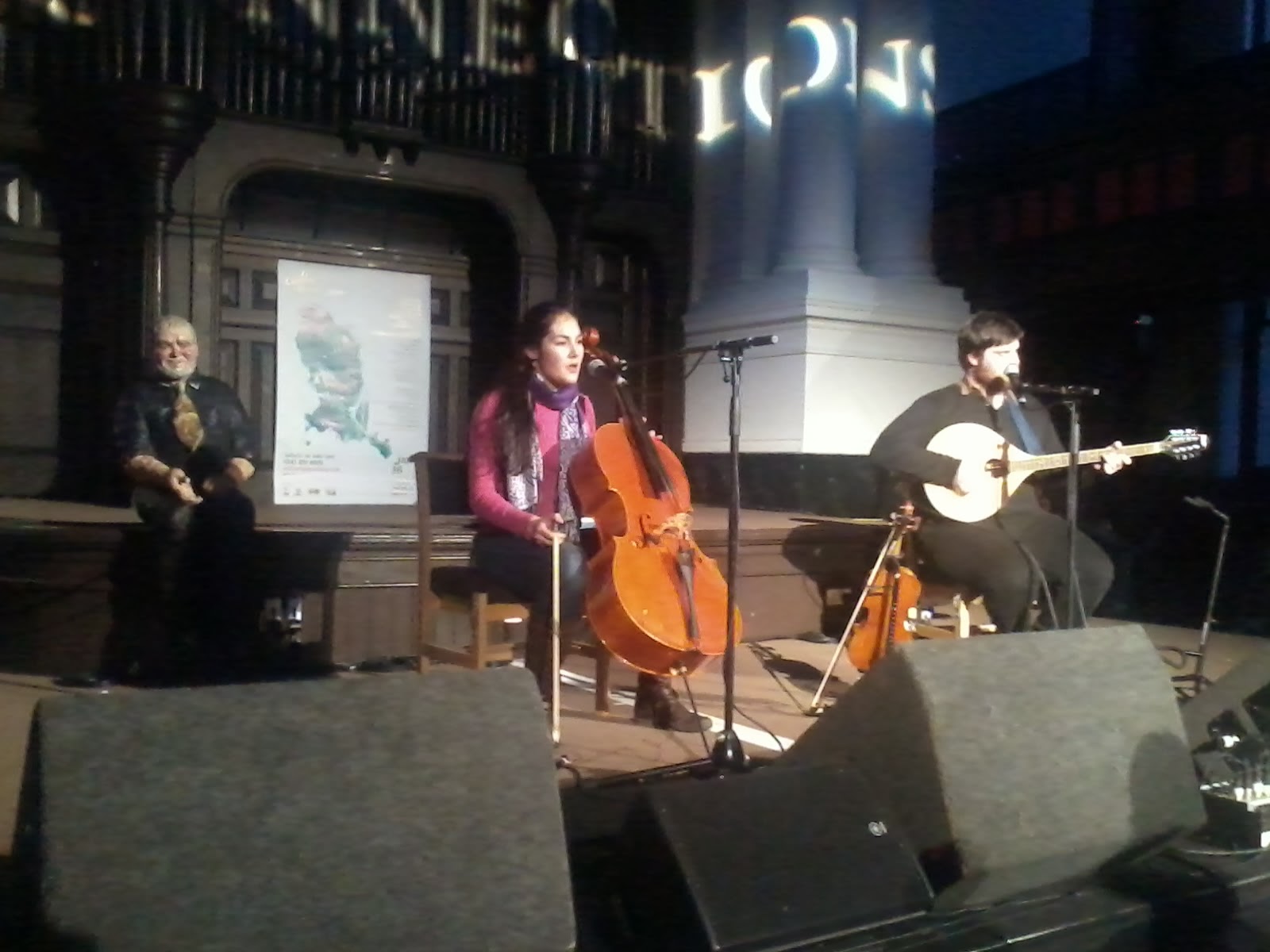 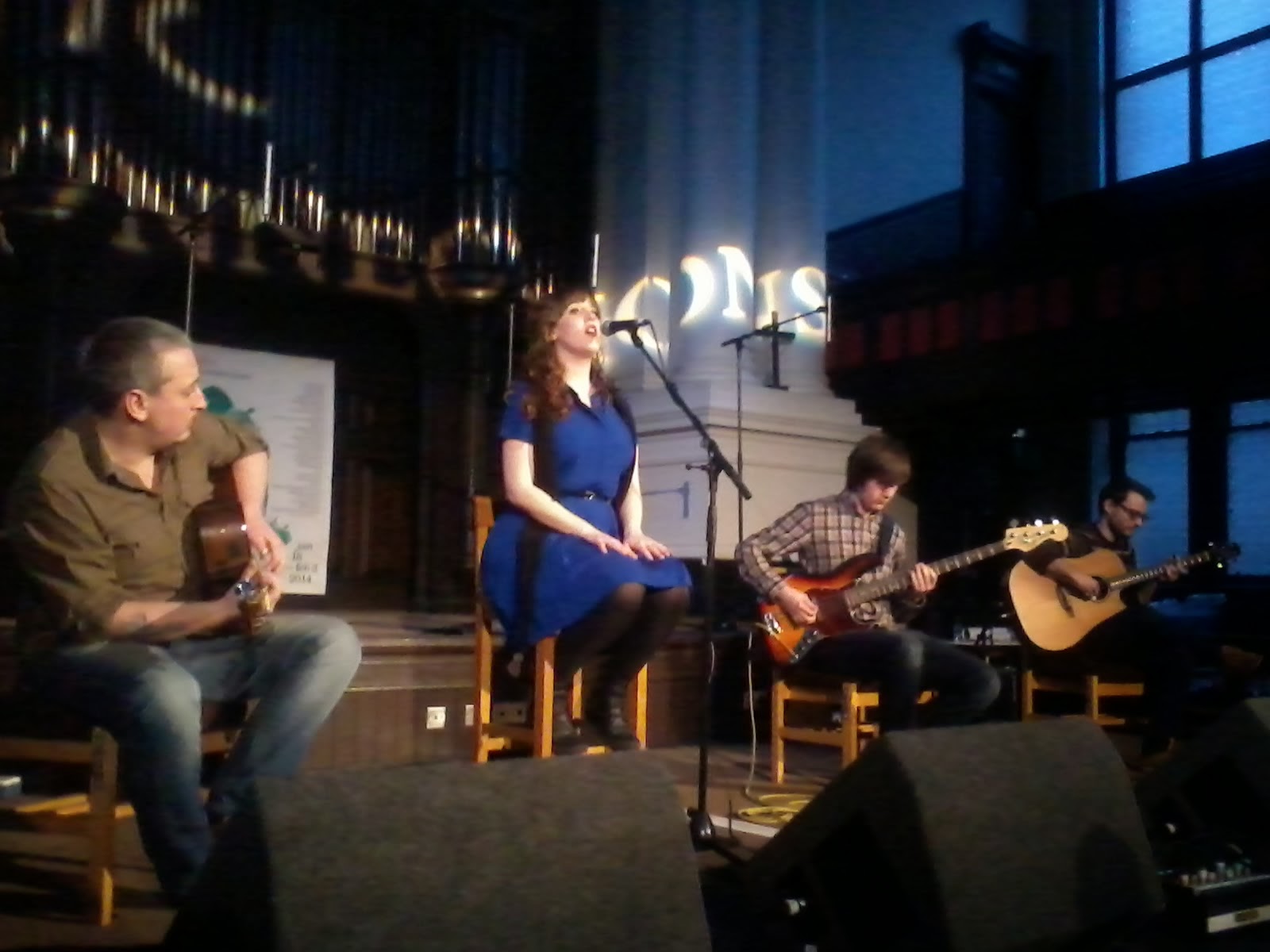 Email ThisBlogThis!Share to TwitterShare to FacebookShare to Pinterest
Posted by James Kelly at 7:14 AM